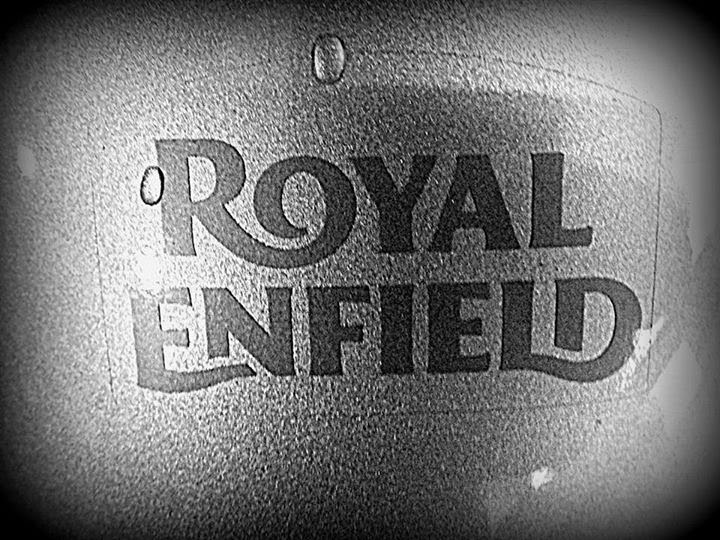 Apparently, Royal Enfield has come up with a new lettering scheme for the tank. The buzz in the blogosphere is negative, people say it is ugly. I kind of like it. It maintains elements from the old lettering scheme and the little twisties sort of say "India" in a subtle way. But I don't know, Enfield being about tradition, I find it hard to give up the old lettering scheme that goes back for so long. In fact, this motivated me to look into how long back into the past one can find it. On the bikes it appears to have made its first appearance in 1930 (it is difficult to say as there are not many pictures of bikes of the late 20's). But I found an advertisement of 1923 that already used it: 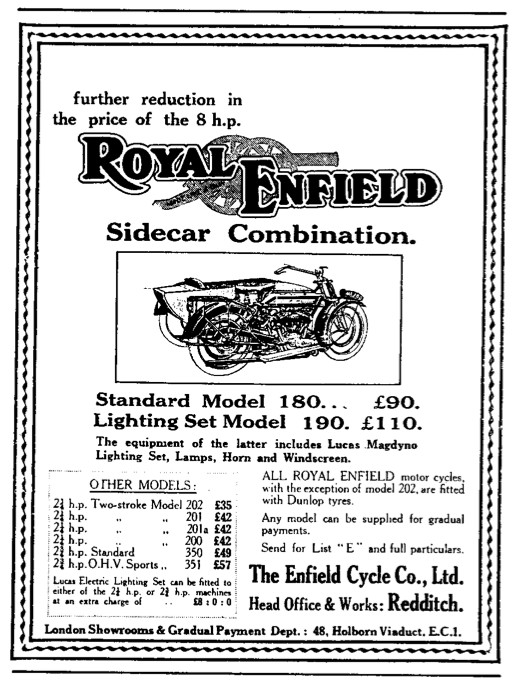 I wonder who created it? At that time they probably did not have graphic artists employed in the factory, so it was probably a regular employee who did it. And who designed the new one? If anyone at the factory is reading this and knows, send me an email, we would like to feature a story about it here!