Four reasons why Royal Enfield should make a V-Twin.

As everyone has heard by now, there are rumors that Royal Enfield will produce a two-cylinder motorcycle. Initial rumors speculated it could be a V-Twin, but more recent ones talk about a parallel twin. Readers of this blog seem to dislike the idea of a Royal Enfield V-Twin, saying that it would be a copy of an American cruiser. Let's have some controversy.  I tend to like the idea. Here are my reasons:

#4 V-Twins are as Royal Enfield as apple pie. 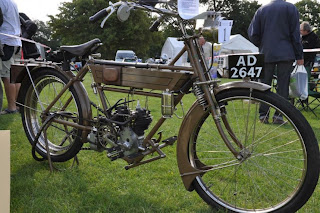 (Or whatever the food is that makes the phrase work). Royal Enfield introduced its first motorcycle in 1901. It was a single, and variations of it appeared till 1905. Then the company went into making cars, with rather disastrous results. It reentered the motorcycle market in 1909 with a V-Twin. In fact, the oldest surviving Royal Enfield motorcycle is a V-Twin, I believe from 1910 (picture at left). That 1909 machine, further refined the next year with a gearbox and chain drive, became a workhorse that would eventually increase in displacement till  1140cc and would be in the lineup up until World War II disrupted production in 1939. Those machines were amazing. In the 1910's and 20's the 6hp V-Twin was capable of anything. From carrying machineguns in wars, to stretchers with wounded, to towing cars, camping trailers, etc. It represented the main vehicle of entry for women motorcyclists in 1915 and for policewomen. In its later incarnations in the 1930's it became the top of the line model, with elaborate sidecars for touring. After the war, the company felt that the future laid in parallel twins, and was of course right. The parallel twin then became a triple (although too late for Enfield) and then a four cylinder that the Japanese perfected and that brings us to the top of the line motorcycles of today. 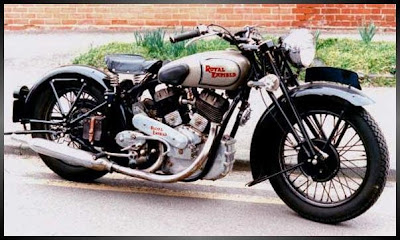 #3 V-Twins thump. Not in the same way than the long stroke engine of the Bullet does. But nevertheless they do. Parallel twins are much smoother. Now, the thump is what attracts many Enfield riders to the Bullet. It is the indication that there is something alive down there when you are going 40mph, doing work for you. In a parallel twin that is lost. If you want smoothness, then don't stop there. Go for an inline four.

#2 Enfield could make a unique V-Twin, unlike any other in the market. Put a refined modern engine in a KX like body, as the one shown in the picture above. Low, long, purposeful. Super-stable. Add rear suspension. Keep the suicide shifter of the 1920's (probably for legal reasons in addition to a regular foot shift). Include fishtail exhausts. Such a bike would be super-cool. 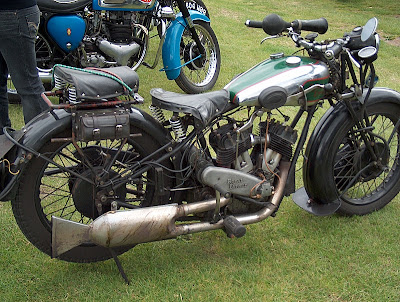 #1 World peace. Can you imagine that universe of US bikers, that currently are vaguely aware that India is different from Indiana, suddenly learning that there is this cool bike made in India that is different but nevertheless has points in common with a Harley and that can be had for about half the price? Suddenly two of the biggest motorcycling communities in the world would connect. From there on anything is possible!
Posted by Jorge Pullin at 7:00 AM