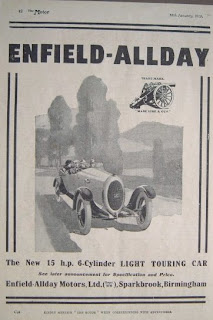 With the departure of Eadie in 1907, there were still efforts being made to make the Enfield Autocar company a successful concern. But things did not improve. In February 1908 a petition was made to the board to wind the company down. Chaotic months followed in which efforts to raise capital were made to salvage the company. They all failed and in mid year the receiver put the firm up for auction. The auction failed to reach the 10,000 pounds set as a reserve price. In the end an offer of W. Allday of Alldays & Onions Company of 7,500 pounds was accepted and a new company was floated still under the name of Enfield Autocar Company for business continuity. The new company was headquartered in Birmingham and produced cars with Enfield and Enfield-Allday badges (and "Made like a gun" slogan!) till 1924. One of the first models produced was curiously named "Bullet". Since this is a separate company, this museum will stop coverage of it here. Some more details can be found here.

Our gauge for the mood of the company, the size of the Stanley Show ad on the cover of the Daily Mail, displays an ad slightly smaller than in 1907, but it sort of compensates by the presence of the cannons, 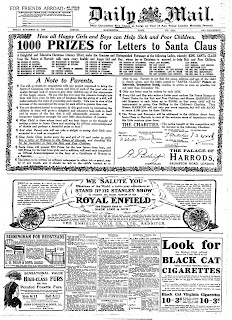