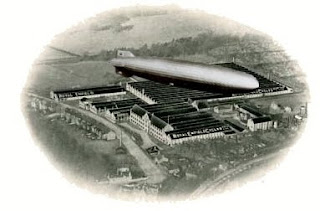 At the beginning of 1915 World War I becomes a total war when Zeppelins start bombing England. A Zeppelin is sighted over Redditch but apparently is out of bombs, returning from a raid on Birmingham so the city is unharmed.

With the uncertainties created by the war, Royal Enfield maintains the same line of motorcyces as in 1914. Remarkably, experimental designs continue in the Redditch works. First, a patented two-stroke 250cc 2.25hp engine was developed, an engine that in one form or another would remain in the bike lineup until things started to go really wrong for the company in 1965. 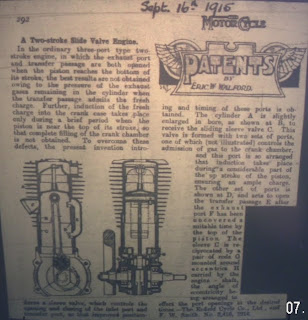 More exotic development also took place. Essentially by placing three of the two-stroke motors together, an inline triple 657cc two stroke prototype is built. It was developed further during the war but never saw production. It then disappeared mysteriously and reappeared later. It is now in the National Motorcycle Museum in Solihull. 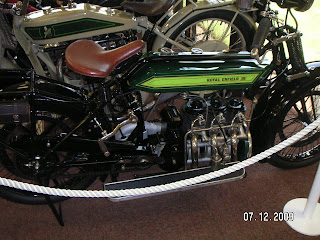 Here is a picture of a 1915 sidecar combo that appears to have survived till today. 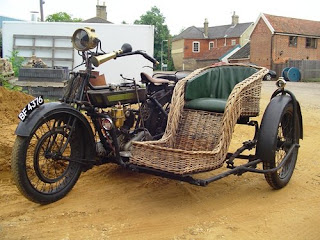 And here is a video of a 1915 sidecar combo in action today! Robert Walker Smith transferred from the Royal Artillery to the Army Air Corps, with which he will retire at the end of the war with the rank of Major, everyone calling him from there on Major Smith. 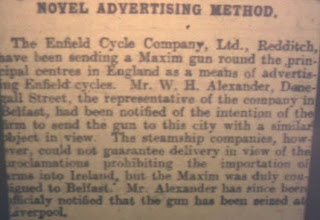 In previous years, Royal Enfield had fitted a Maxim machinegun to one of its sidecar combos for publicity purposes. In a memorable snafu, the machinegun (which was not operational) was seized by customs on its way to a show in Ireland early in 1914, where there were restrictions on the importations of guns due to the political unrests there. At the outbreak of the war the machinegun-enabled combo was rushed to the Ministry of Munitions and an order for 6hp's with strengthened chassis was received. Vickers guns were mounted on the sidecar chassis and they could be swivelled in any direction, forward, backward, sideways, even used as anti-aircraft gun. A padded seat and backrest were provided for the machinegun operator. 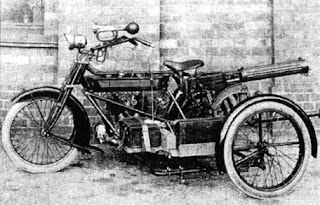 Another model was fitted with a stretcher to carry wounded, 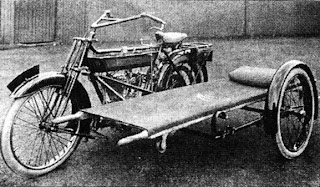 While Northern Europe was fighting, Joaquin Barnola won the King of Spain's motorcycle cup on a Royal Enfield, 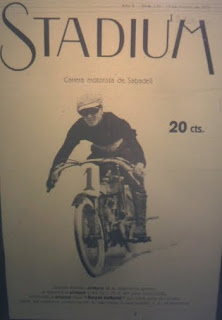 An amazing feat considering that the Enfield had the smallest displacement engine in the race! 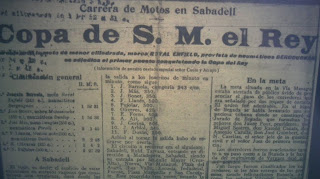 Source: "Royal Enfield, the story of the company" by Anne Bradford