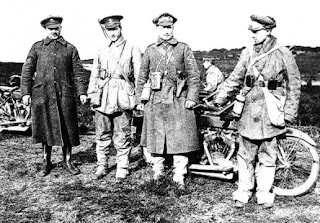 The war proved immensely profitable for Royal Enfield. In 1918 the results for 1916, 1917 and 1918 were published in August at 71,642 pounds. The board issued a statement to say that the increased profits were not obtained by inflated war prices but by gradual development of the business. The government appeared unconvinced and deducted an Excess Profits duty and Munitions Levy which left a balance of a mere 11,222 pounds!

An intriguing aspect is that somehow Royal Enfield maintained a connection with Motosacoche in Switzerland during the war. In 1918 a number of sidecar rolling chassis were dispatched to Geneva. They even had cush hubs. Presumably they went without the JAP engine and Motosacoche installed their own. How all this happened during the war when the factory was under government supervision is a bit of a mystery that will probably never be uncovered. Here's a comparo of an Enfield (left) with a 1918 Motosacoche (right). There definitely are parallels,

Finally, after four years of carnage, on the eleventh hour of the eleventh day of the eleventh month, the armistice was agreed. People used Royal Enfields to celebrate. Check out this one covered by the Union Jack and Old Glory, 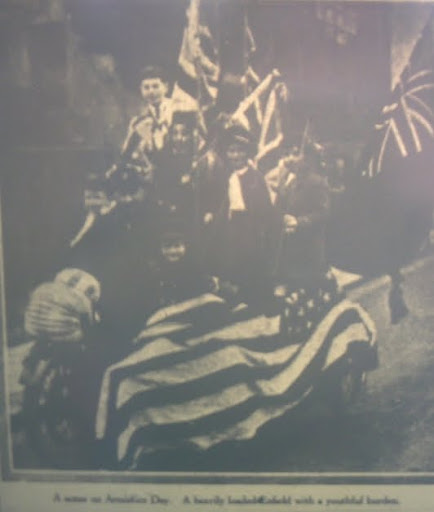 Interestingly enough, on the morning of November 11th, Tony Wilson-Jones, the legendary "Enfield engineer" who would be with the factory till 1963 and was the creator of the Bullet among other bikes, reported for duty at the RAF. He was told to go home or become a peacetime airman, which didn't appeal to him. Otherwise the future could have been very differently.

Preparing for the loss of extra business associated with the war effort, the Hunt End works are sold to the Svenska Ackumulator AB Jungner company of Sweden, who operated a subsidiary in the UK called Batteries Ltd. and marketed its batteries under the Nife brand.

R. W. Smith, Enfield chairman, said "the problem of reconstruction... is not an easy one. My opinion is that this will best be met by producing existing models for the immediate future so that there will be least possible delay in delivery". For some time after the war, Royal Enfield would not accept orders for motorcycles, but only for bicycles. The exception was the 6hp combo. It was very popular with veterans who had lost legs because the gears were operated by hand and the sidecar added stability. The factory suplied the 6hp with the foot brake fitted on either side as needed. 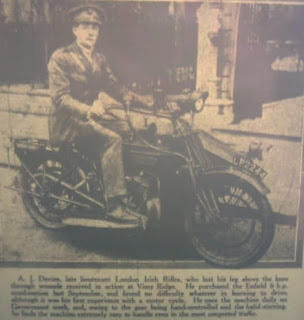