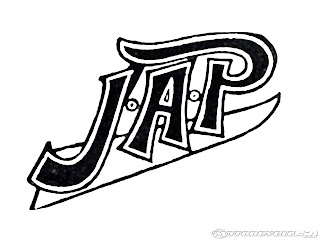 Stan Greening, a member of the experimental department of J.A. Prestwich Ltd, the Tottenham-based producer of engines ran several times in Brooklands with a 350 JAP engined Royal Enfield model 351. It had a special duplex racing frame and a very small gas tank. In the first race he found the handicap too much to be able to get his machine into the placings. In the second race, with a sidecar attached, he took the lead in lap 39 of the 73 lap race. Unfortunately he had to bail out due to lubrication troubles. With the approach of the Olympia show, Greeening decided to have a crack at record breaking with his sidecar combo. With Teddy Prestwich in the seat he set world records in 350 sidecars up to 700km and also in 4, 8, 9 and 10 hour records at speeds of 56, 58, 50.22 and 45.20 mph.

During this year some of the machines started to be fitted wit ha Sturmey-Archer countershaft gearboxes, operated by a tankside suicide shifter, breaking the long allegiance of Enfield to two speed gearboxes that were foot operated. 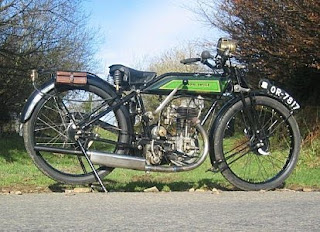 The 8hp sidecar combo was available with both types of gearboxes, but included a chain operated Lucas Magdyno and electric lighting as standard features. 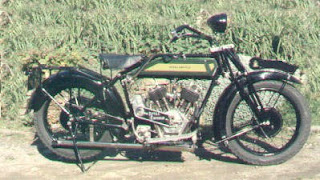 As usual the sidecar rigs were available in trade fashion. Here is a set of Royal Mail combos ready to be delivered in 1924,

New internally expanding brakes were developed of 8 inch diameter. It was common practice for the Enfield directors to every once in a while take one of the machines out on the road for a test. Major Smith took one of the machines with the new brakes for a test and they engaged incorrectly and the machine crashed. This left him with a severe scar on his leg that will remind him of the incident for the rest of his life.

(Sources: The story of Royal Enfield motorcycles by Peter Hartley)