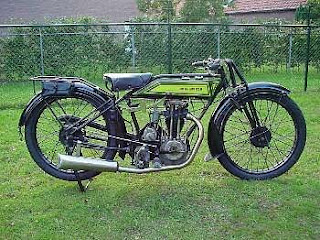 The 1926 lineup of Royal Enfield bikes presented in the Olympia show on November 1925 includes the new design of Ted Pardoe, a 346cc OHV single. The development of this machine was put in the hands of young Tony Wilson-Jones. He was so confident in the design he toured the lake district towing a sidecar in his honeymoon the next year. 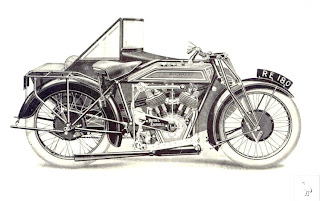 Tony Wilson Jones started preparing in early May for the Isle of Man TT race which would take place early June. This preparation was prescient, since the UK was hit by a ten day general strike in 1926. The Works' team consiste of Gordon Burney, George Reynard, Charlie Young and Cecil Barrow. Bicknell, a trials rider, went as a reserve rider. During practice Charlie Young fell and broke his collarbone, so Bicknell was in the race. In the Junior Race (344 OHV machines) Reynard had engine trouble and dropped out and Young overdid it in the last lap and crashed. Burney ended up sixth and Bicknell 26th. For the Lightweight race Barrow was out and so was Young. So Bicknell had to pick up the slack once more. Burney and Reynard had engine trouble. Bicknell, riding the sole remaining Enfield kept going and finished 5th at 48.47mph. 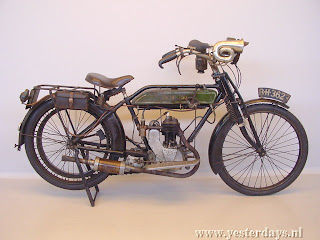 On June 27th Bicknell was more in his game during the Scottish Six Days Trials. He and T. H. Garner rode newly designed 346cc OHV engines with inclined valves with duplex springs. Rocker gears and pushrods were enclosed. Garner dropped out of the race but Bicknell got a silver medal. Bicknell was a foreman in the Enfield works when he was not racing.

On July 17th Reynard won the 50 mile Handicap Race during the Open Speed Trials in Saltburn. T. Stewart came second in the 350cc class of the 1926 Ulster Grand Prix at 64.22mph. During the International Six Days' Trial in the Peak District in Derbyshire, the works team was composed of T. H. Garner, Fred Bicknell and Mrs. P. C. Spokes on 350cc machines ad C. Patrick on a 976cc sidecar. Garner was forced to retire and Mrs. Spokes lost too many points but Bicknell and Patrick got gold awards. 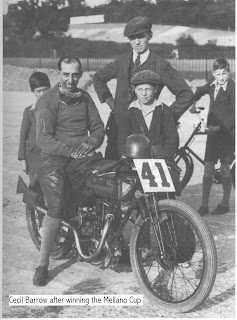 Cecil Barrow, recovered from his accident took part in the 1926 Hutchinson Hundred at Brooklands, a 100 mile handicap event for all types of machines up to 1000cc. He rode is Isle of Man lightweight Royal Enfield-JAP with Brooklands fishtail exhausts and running on alcohol as fuel. He won, receiving the Mellano cup.

At the Ulster Grand Prix in September, Gordon Burney and T. Stewart entered Royal Enfields. Burney did not finish but Stewart finished second at 64.02mph.

The company was in a solid economic position in spite of the strike in May, and an expansion of the Hewell Road plant took place towards the end of the year, taking the size of the plant to 24 acres including sports facilities for the workers and a new building devoting to building sidecars. There were three grass and a hard tennis course. 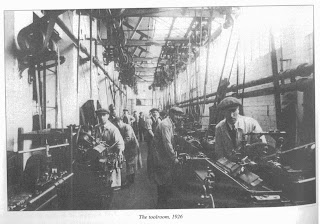 Sources: The stoyr of Royal Enfield Motorcycles by Peter Hartley and Royal Enfield, the story of the company by Anne Bradford.