The summit of excellence

When I saw this wallpaper from Royal Enfield in India, I felt there was something familiar about it. Compare to this billboard from 1916 (during World War I!) reproduced in "Wheeling". Titled "The Summit of Excellence" the caption says "reproduction of one of the most striking posters ever seen in English boardings. It measures 120in by 80in." 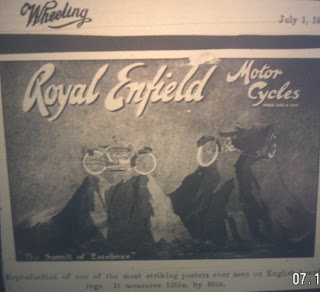