This video has a couple of interesting items I had not seen before. First is a photo of the old Royal Enfield factory in Hunt End on Enfield road. 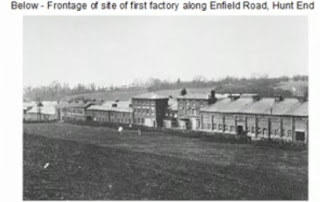 A photo of three riders in the test track in the new factory in Hewell Road, 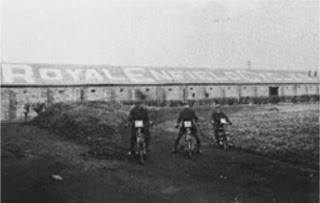 All in all the video is a quick way to learn of the history of Royal Enfield in Redditch. The same person (Anthony Green) has posted videos on other industries from Redditch: springs, needles, fishhooks, Alcad batteries, the arrival of the railway. Of particular interest is the Alcad video, since the battery factory was set up in the Hunt End old Royal Enfield factory and later expanded to a building in Union Street that also belonged to Royal Enfield. In that video one can see the interior of the plant. Here is the actual telegram indicating the purchase of the factory, 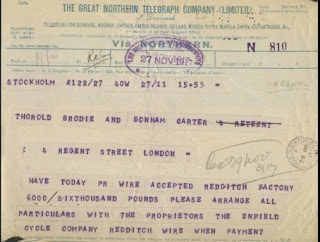