We have written about machine guns in motorcycles, in particular Enfields in World War I. Here is a discussion of the advantages machine gunned motorcycles vs. tanks in "The Motor Cycle" June 8th 1916. One would expect such a magazine to be partial towards motorcycles, but I'm afraid history has settled this debate against the opinion of the magazine.... As for the quoted "Papa Joffre", at that time he was still basking in the glow of his "miracle at the Marne", but already the battle of Verdun was starting to turn against him, ending eventually with his removal as supreme commander of the French Army and promotion to the largely ceremonial post of Marshal of France. 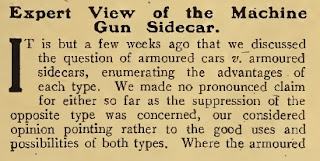 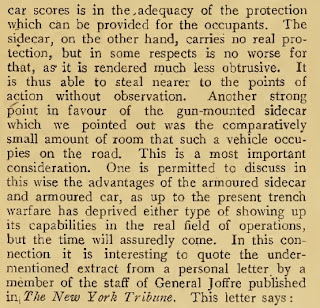 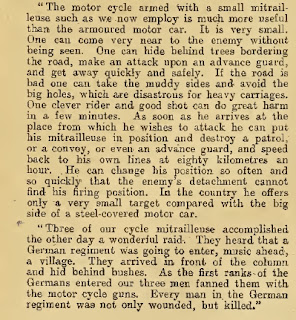