Where in the Isle of Wight? (part II) 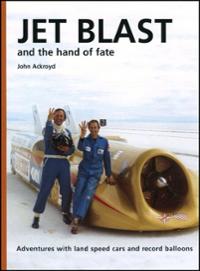 We have discussed in the past how in the breakup of the Enfield Cycle Co. a portion of the factory that made marine engines was moved to the Isle of Wight. The company was purchased by Greek magnate John Goulandris.

It turns out that designer extraordinaire John Ackroyd, who would later go on to break the land speed record in a jet propelled car and many other feats worked at the factory and documents a bit how things went in his book "Jet Blast".

He says that Goulandris led a spartan, ascetic, life and was interested in yoga, clarinet playing and innovative engineering.

Apparently there was an additional factory to the one we mentioned in Somerton Works, it was located in Fishbourne Creek and was known as Ranelagh Works. You can see a picture here. It apparently has been torn down by now and replaced by some sort of boat launching terminal. At this factory was where the powerboat "Miss Enfield" was constructed and also a car ferry hovercraft EM1 (Enfield Marine One). I have not been able to find anything about it. Miss Enfield was designed by Don Shead and crafted in aluminum by Ernie Sims.

The Somerton works produced a two cylinder marine diesel engine and it is there where Enfield Automotive developed a series of electric cars. Somerton works was built as a hangar in 1916 and planes were built in int by Wight Aircraft. The company had a contract with the Electricity Council to deliver 66 electric cars. The early models did not meet the Council standards so a total redesign was called for, leading to the Enfield 8000. It was powered by eight heavy duty 12v batteries. By 1972 there were a couple of prototypes running very well at the factory. The engine was 8hp, but as all electric engines, was torquey, 0-30mph in 10s and a top speed of 40mph. Batteries would last for 40 miles. Things were looking good, with plans to sell to other public utilities and the general public. Goulandris took up residence in a hotel in Cowes to oversee the project. However, this was Britain in the 70's. The sheet metal workers smelled the prosperity and demanded a raise. Goulandris refused and they went on strike. Goulandris closed down the factory and that was the end of the Enfield 8000 at the Isle of Wight.

But this is Enfield, so the story had to have a twist. John Ackroyd had taken a job at Audi in Ingolstadt in Bavaria. One day he gets a call from Goulandris. He wanted to set up a factory on his Greek Island of Syros to build the Enfield 8000's. The factory was located near the Neorion Shipyards, formerly a British Navy base and repair yard 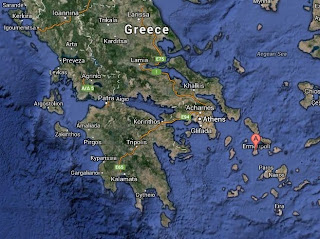 It was located in an old fabric dying factory on the waterfront. The workers came from the shipyard. The Somerton works was used as a base to handle the two way flow of parts (to Greece) and cars (to the UK). The first car rolled out in October 1973. It sold for a rather steep 2,800 Pounds (about 29,000 Pounds of today). Several models were produced, including an open runabout version called the "Bikini", and two four wheeled drive monsters called the Enfield Safari and Enfield Chicago. Dinorwic Power Station in Wales and Kiruna Iron Mines in Sweden were interested in rugged versions for underground transport in mining operations, where electric vehicles are preferred due to the pollution petrol engines cause. Two Bikinis with reinforced roofs were delivered, which were called "Enfield Miner".

By 1975 they had sold 123 vehicles. But in spite of the high price, the vehicles were selling at a loss. It became clear that it would be impossible so scale up production to the point where the operation could be profitable. Goulandris was happy to have produced the first practical electric car and moved on to other projects. By 1976 the factory closed and the workers went back to the shipyard. The Enfield 8000's remained in service with the Electricity Council till 1988, when they were sold at auction at the astonishing price of 1,100 Pounds, a lot for 13 year old vehicles. In 1983 a seven year old Enfield 8000 won both speed and endurance categories at a Battery Vehicle Society gala in Aldershot, another Enfield placed second.

You can see pictures of the various Enfield models in Ackroyd's website
Posted by Jorge Pullin at 7:00 AM