The National Motorcycle Museum in Solihull

In my visit to Redditch in 2009, I took a day off to visit the UK's National Motorcycle Museum in Solihull. The place is extremely impressive. I spent six hours there and could have spent several more but we had reached closing time. Only British bikes. More remarkable is that 75% of the place burnt down in 2003 and they are up and running almost as if nothing had happened. Here we will show their collection of Royal Enfields. We will reserve a couple for future postings since they have interesting histories to tell. 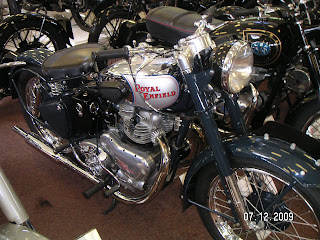 The description of the bike lists it as a "different" twin. In 1949 Royal Enfield caught on with the trend started by Triumph in 1938 of having a parallel-twin engined machine, but it did so with its own particular twist. It had rear suspension, something pioneered by Royal Enfield in trials bikes in 1948 and only adopted by other British marques much later. The engine had aluminum cylinder heads and separate iron cylinder barrels for each cylinder. One piece camshaft made of resilient alloy and chain driven camshafts that can be changed without dismantling the crankcase. Of course another unique aspect was the traditional Albion gearbox with neutral finder. A top speed of 86mph and factory models performed well in six day trials.

Next we find the 1898 quadricycle, 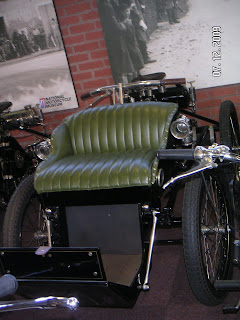 notice how it elegantly says "The Royal Enfield" on the side (click to enlarge), 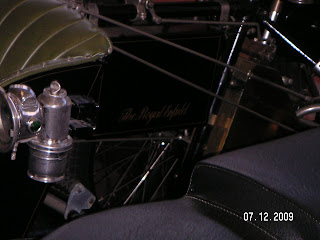 Next we have a Flying Flea among a display of war related motorcycles. Notice the wheel of a Welbike in the back. The motor lying on the floor to the right of the Flea is a Triumph electrical generator powered by a parallel twin engine, 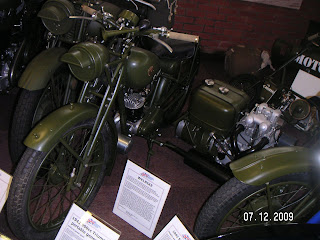 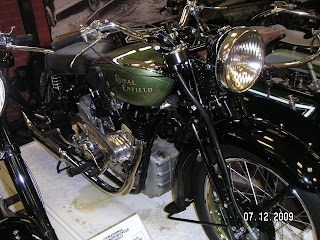 And then we find an "Enfield corner", 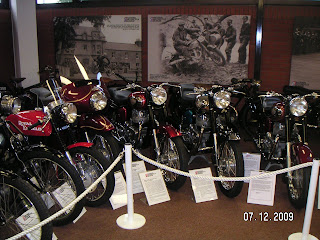 So from left to right we have a 1964 Continental GT250 with its unmistakable red fiberglass tank, 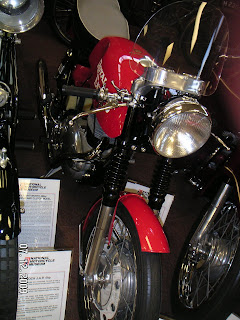 then a Constellation with airflow fairing, 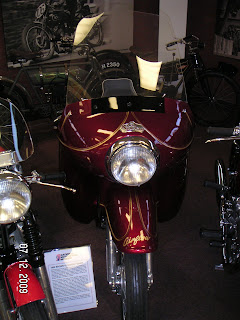 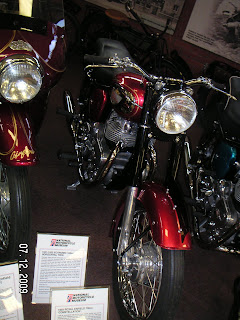 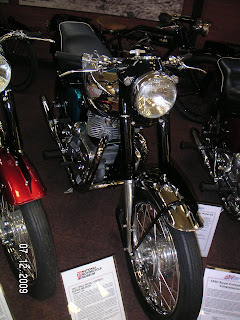 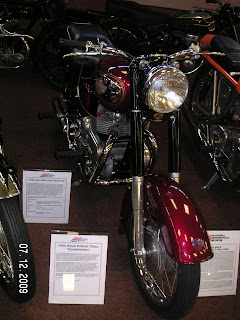 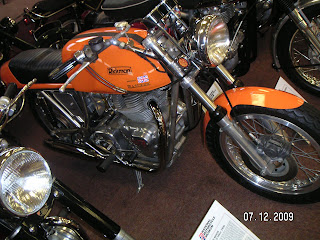 In another room is a line of Royal Enfields, 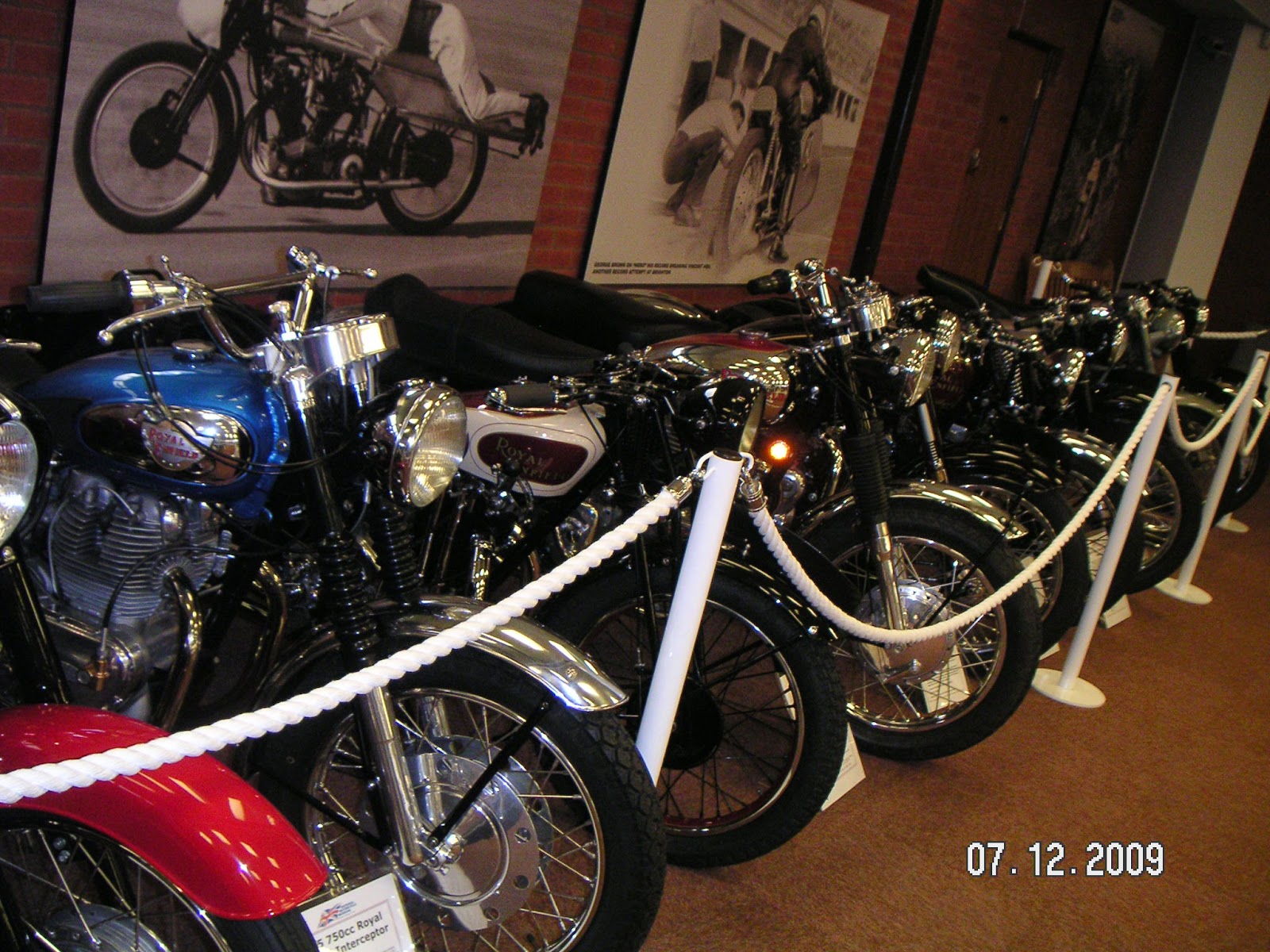 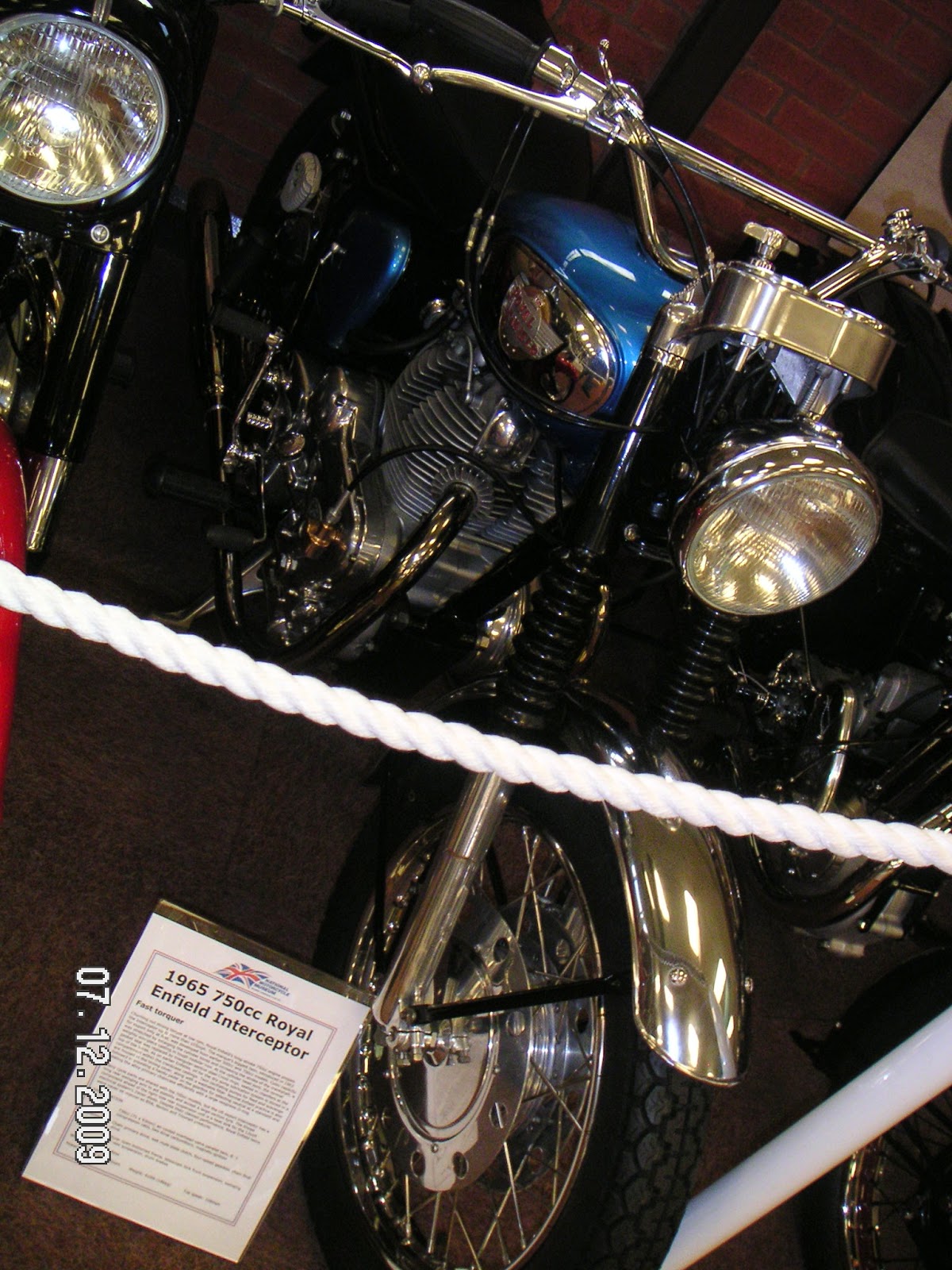 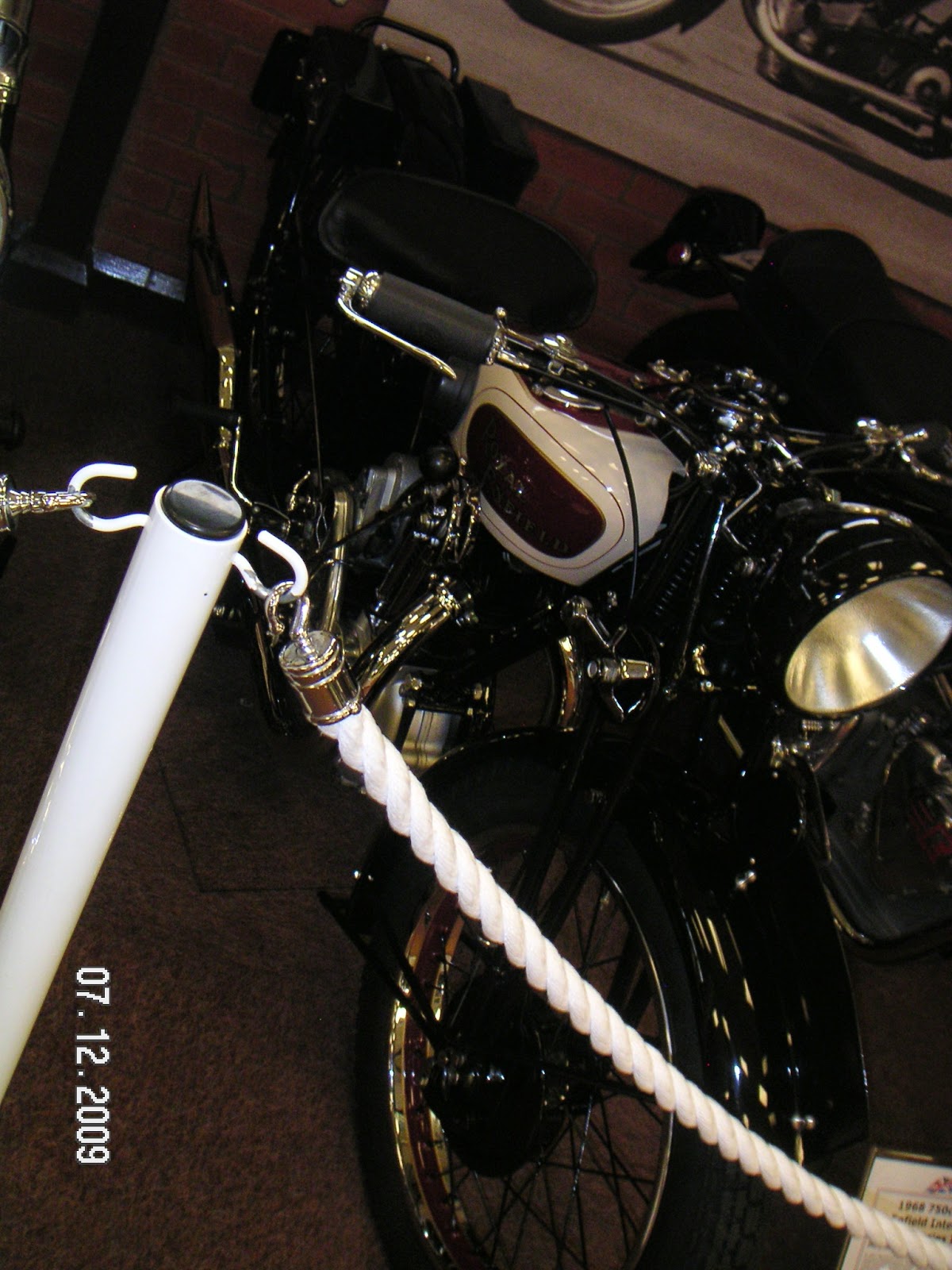 followed by an Interceptor Mk II, 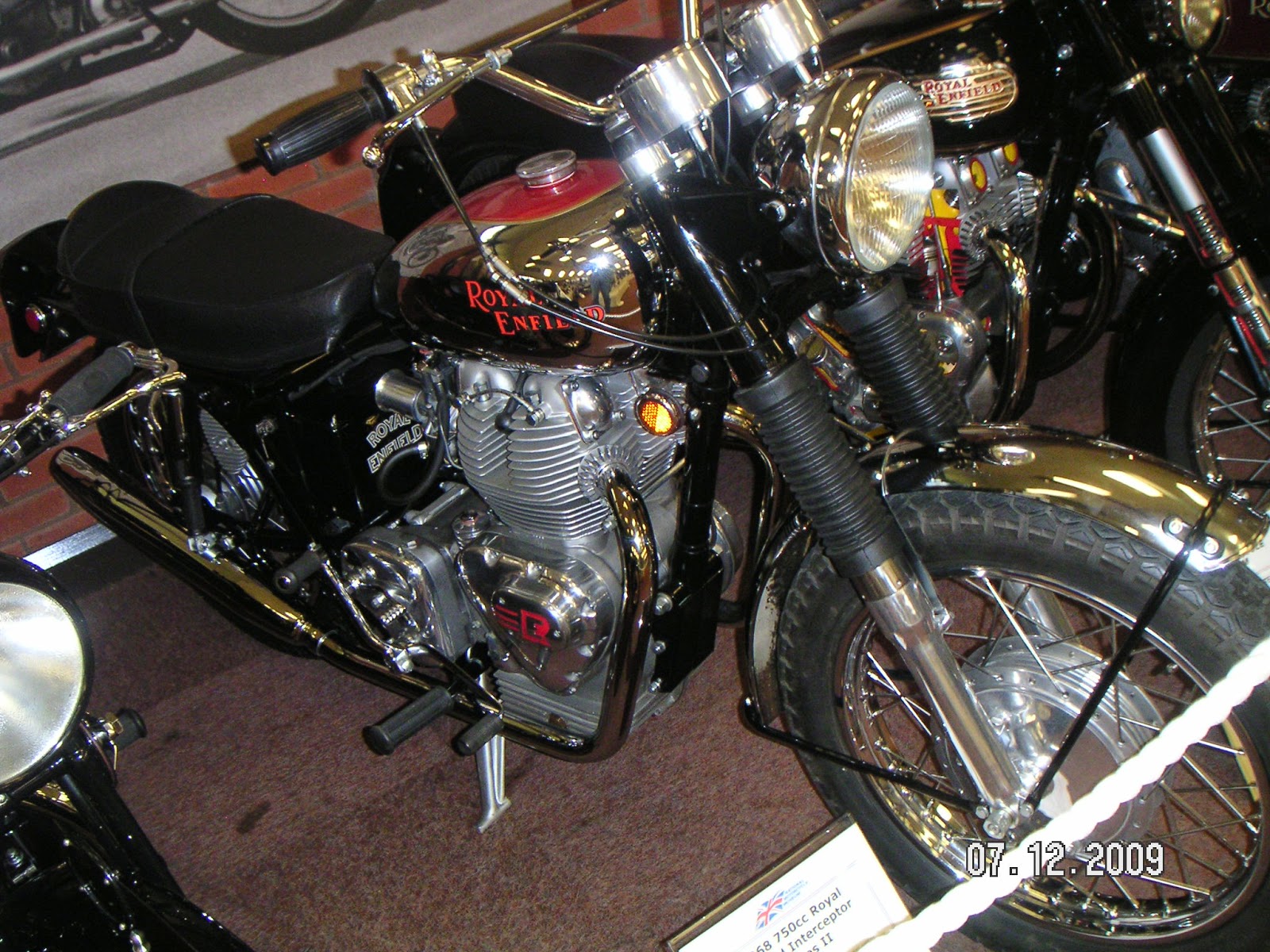 an Interceptor with the engine cut out, 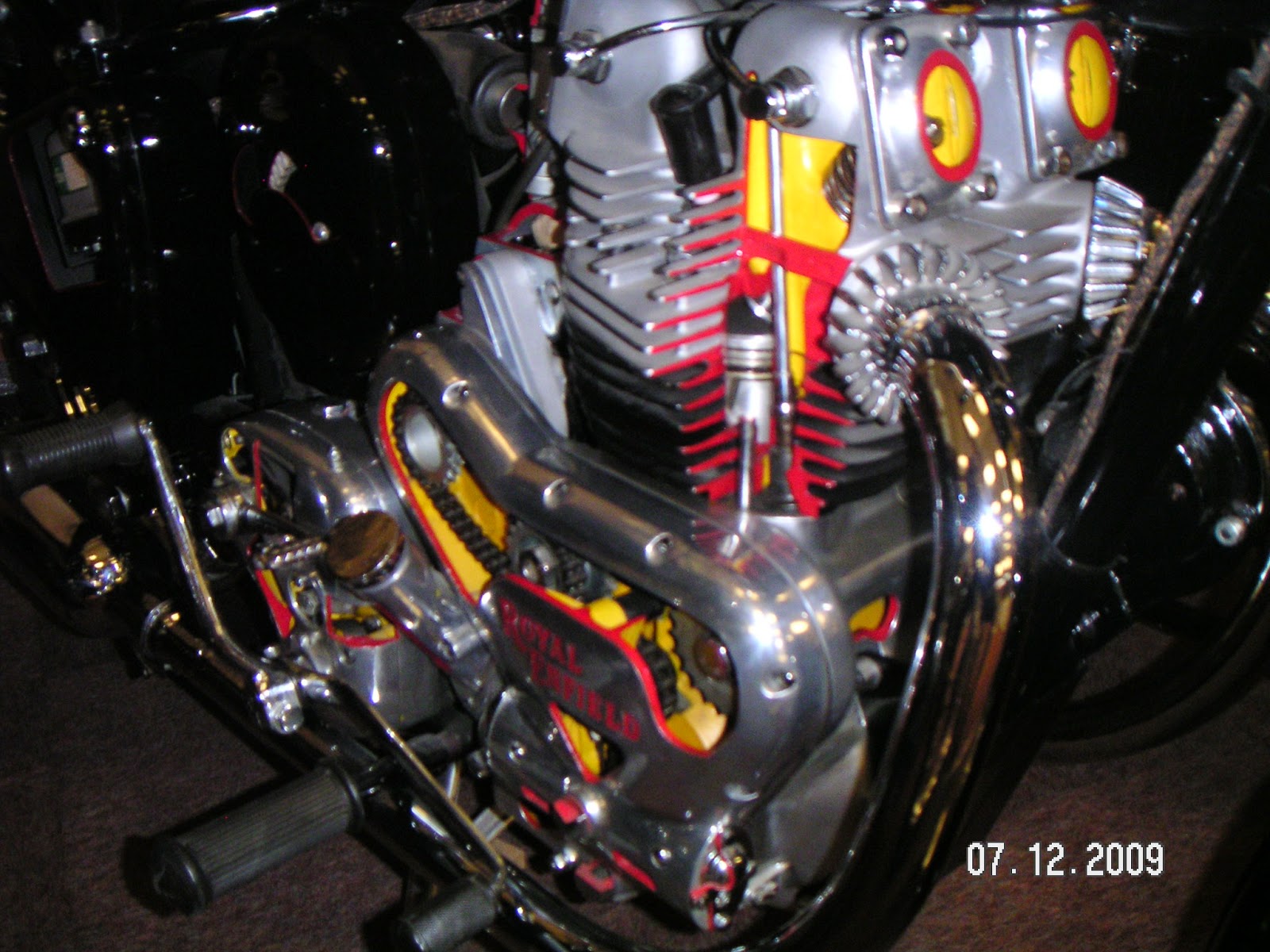 And then come several Bullets, first a JF, 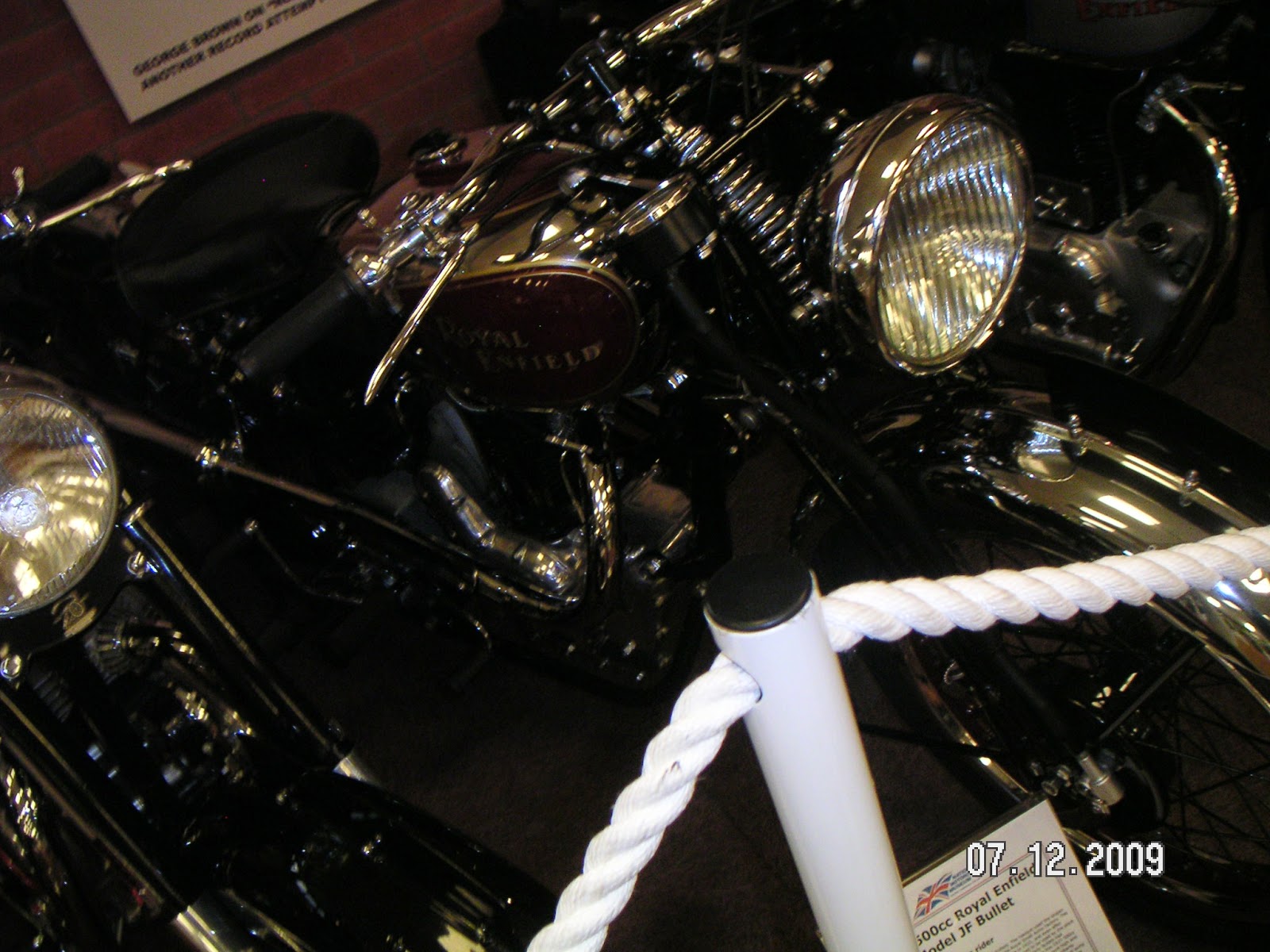 look at the gearbox of this one, 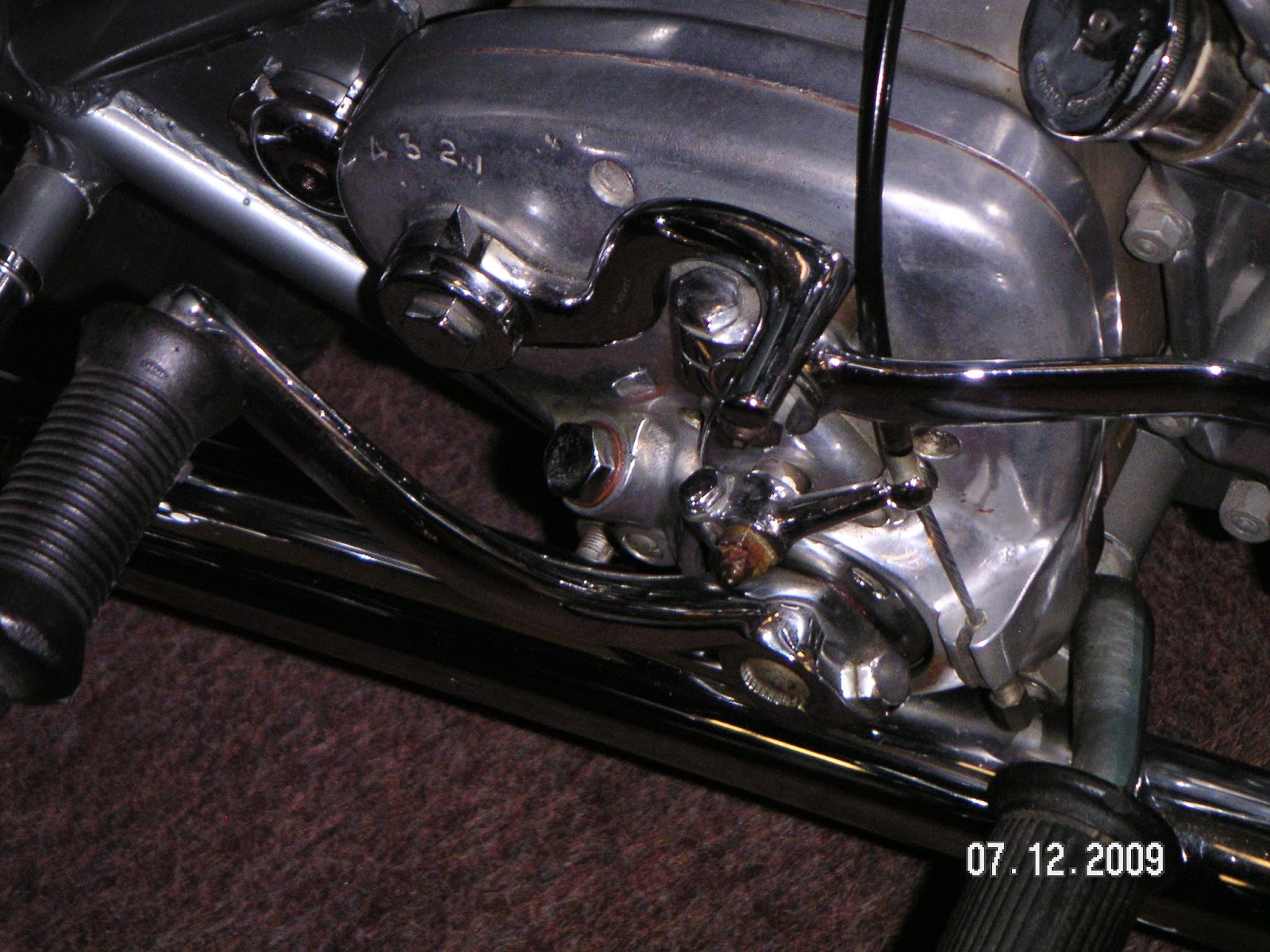 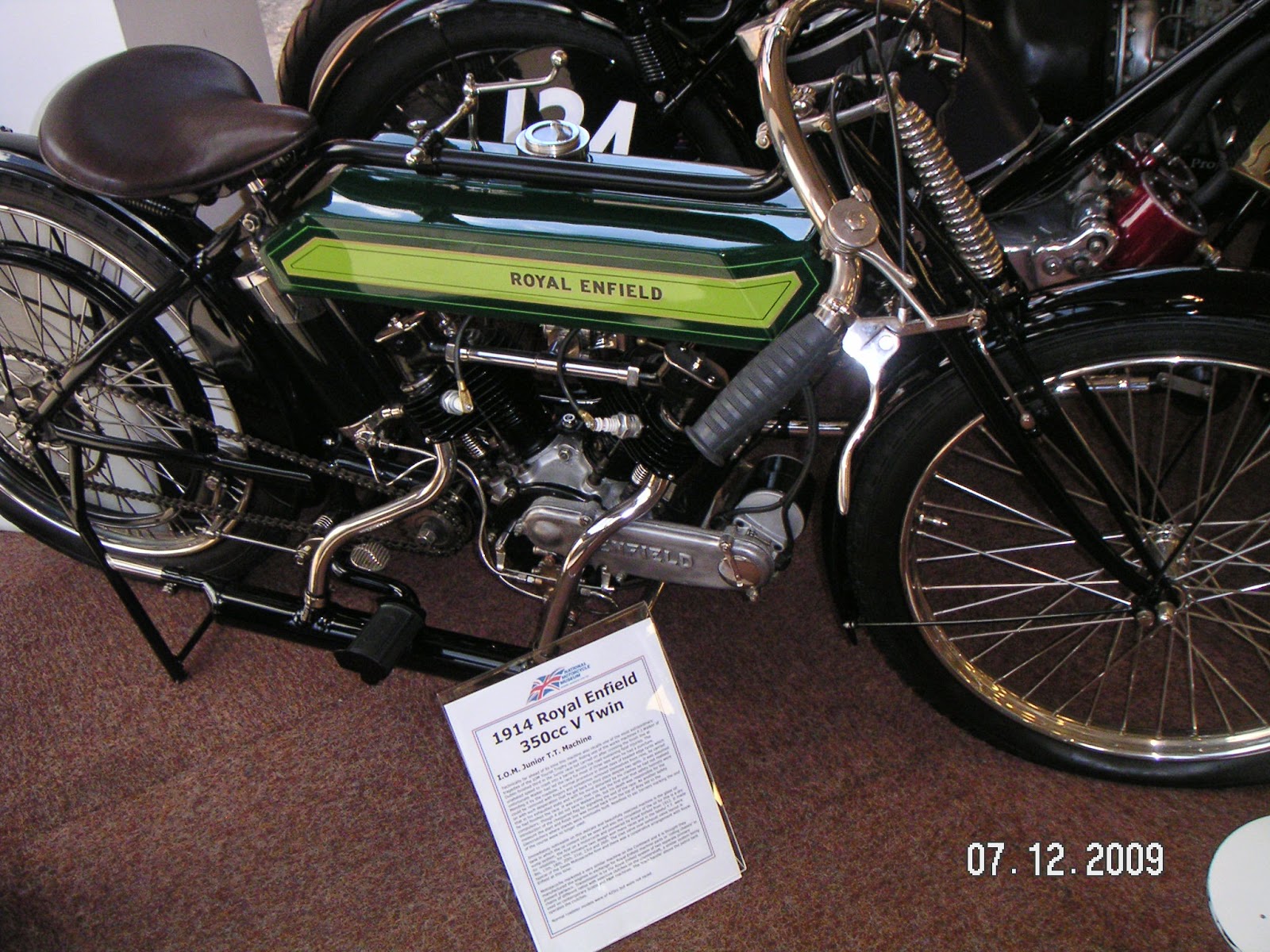 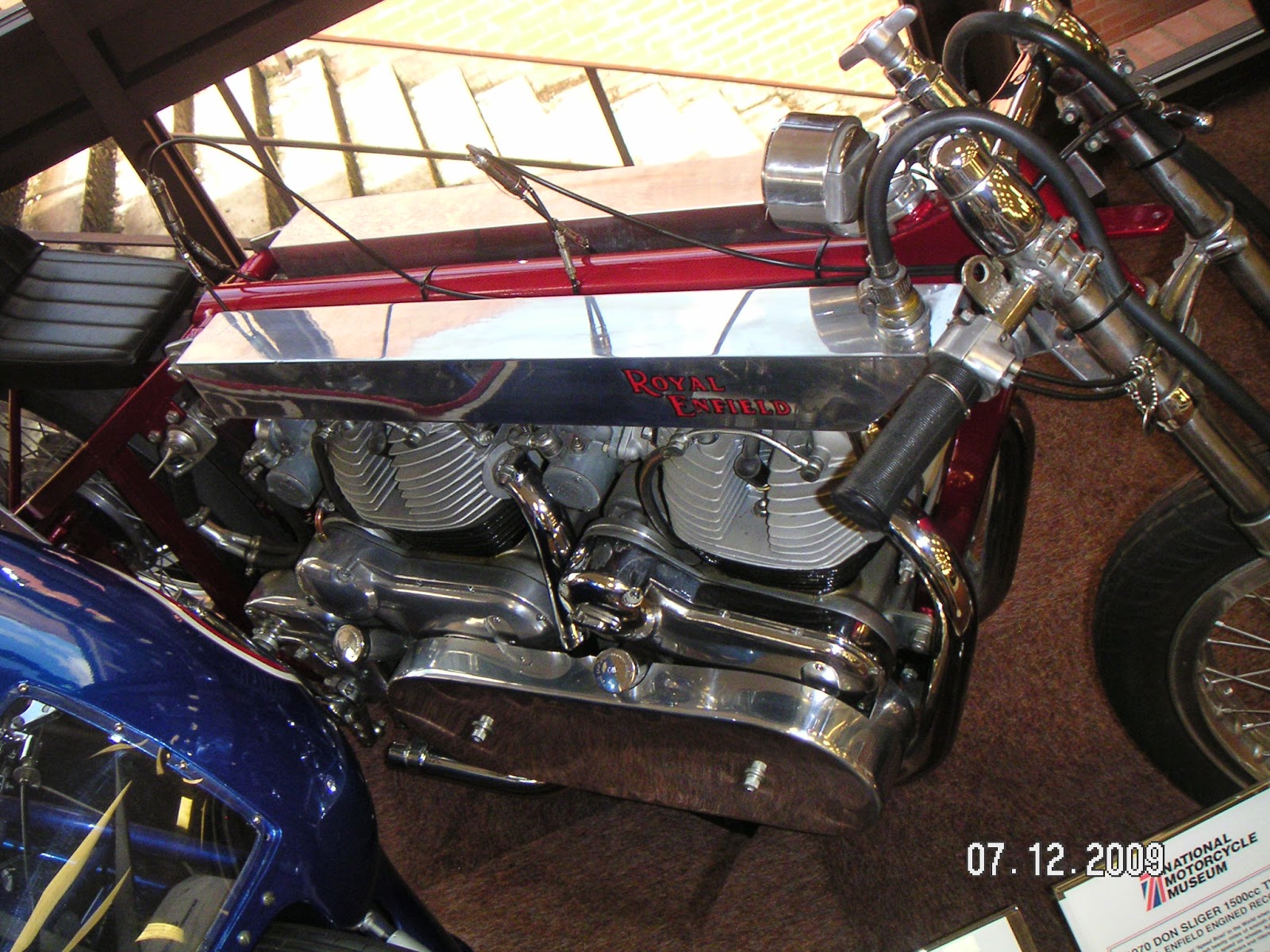 and here's a view of the other side, 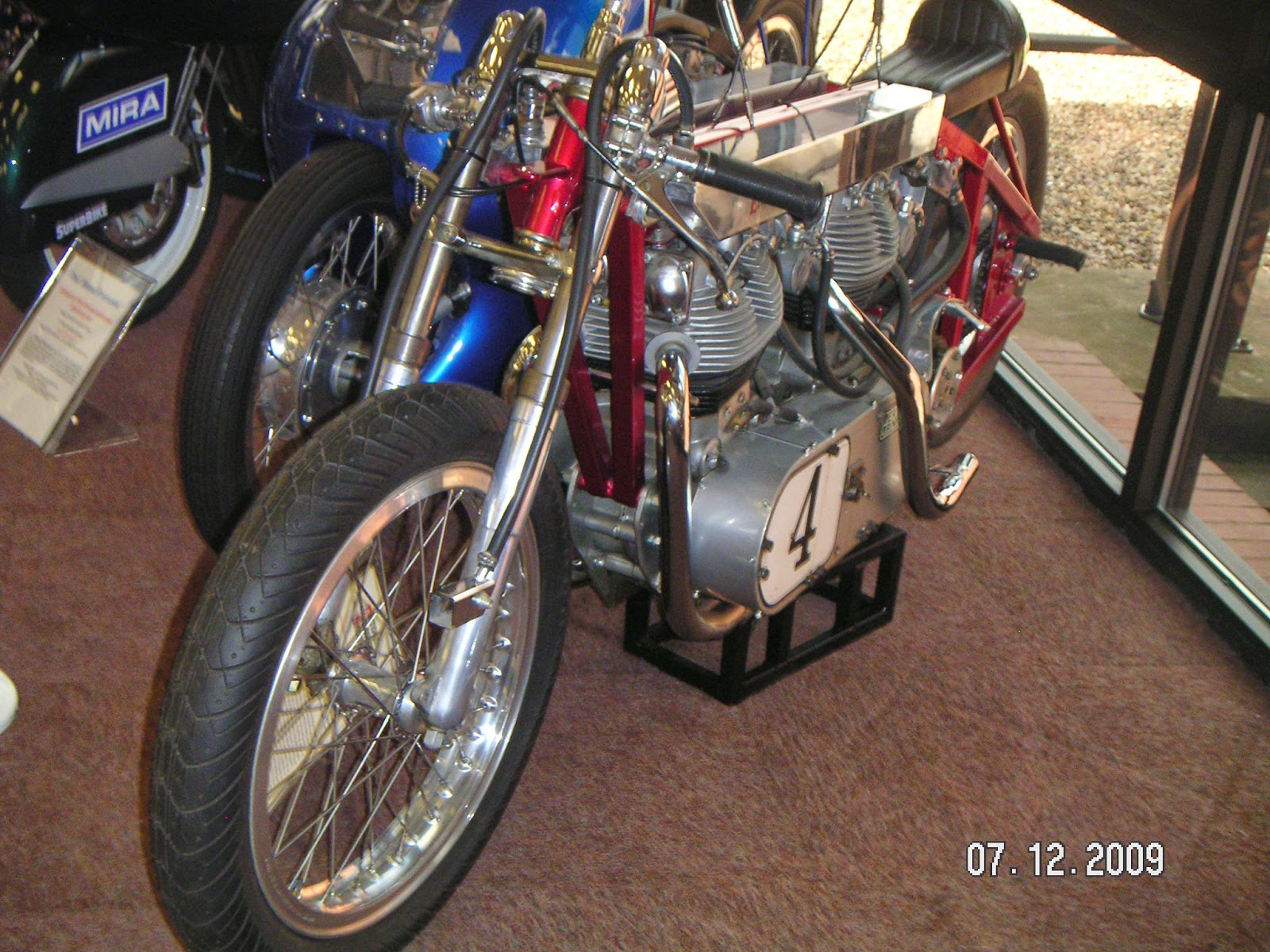 Another  beautiful GP5, precursor of the current Conti, 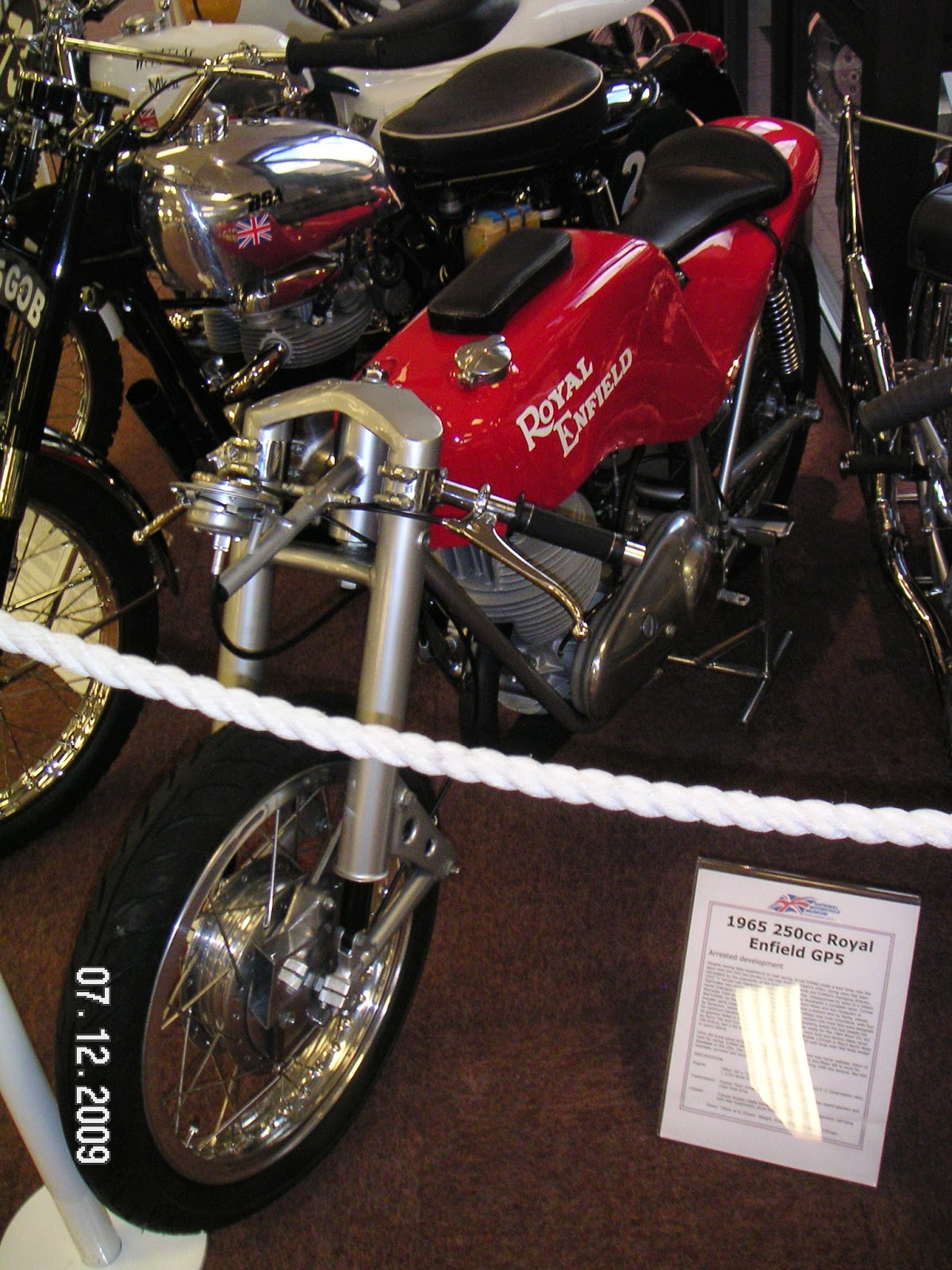 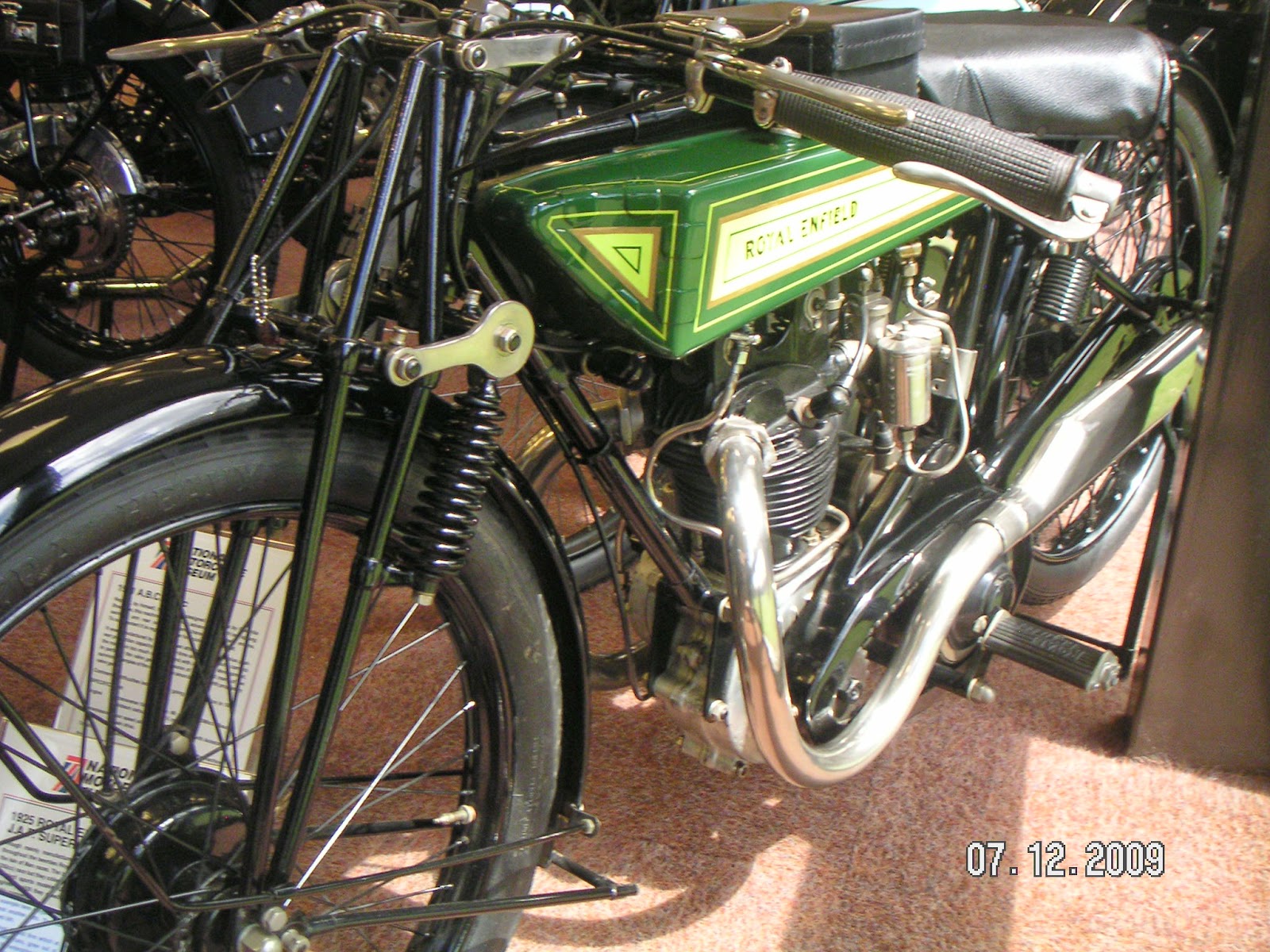 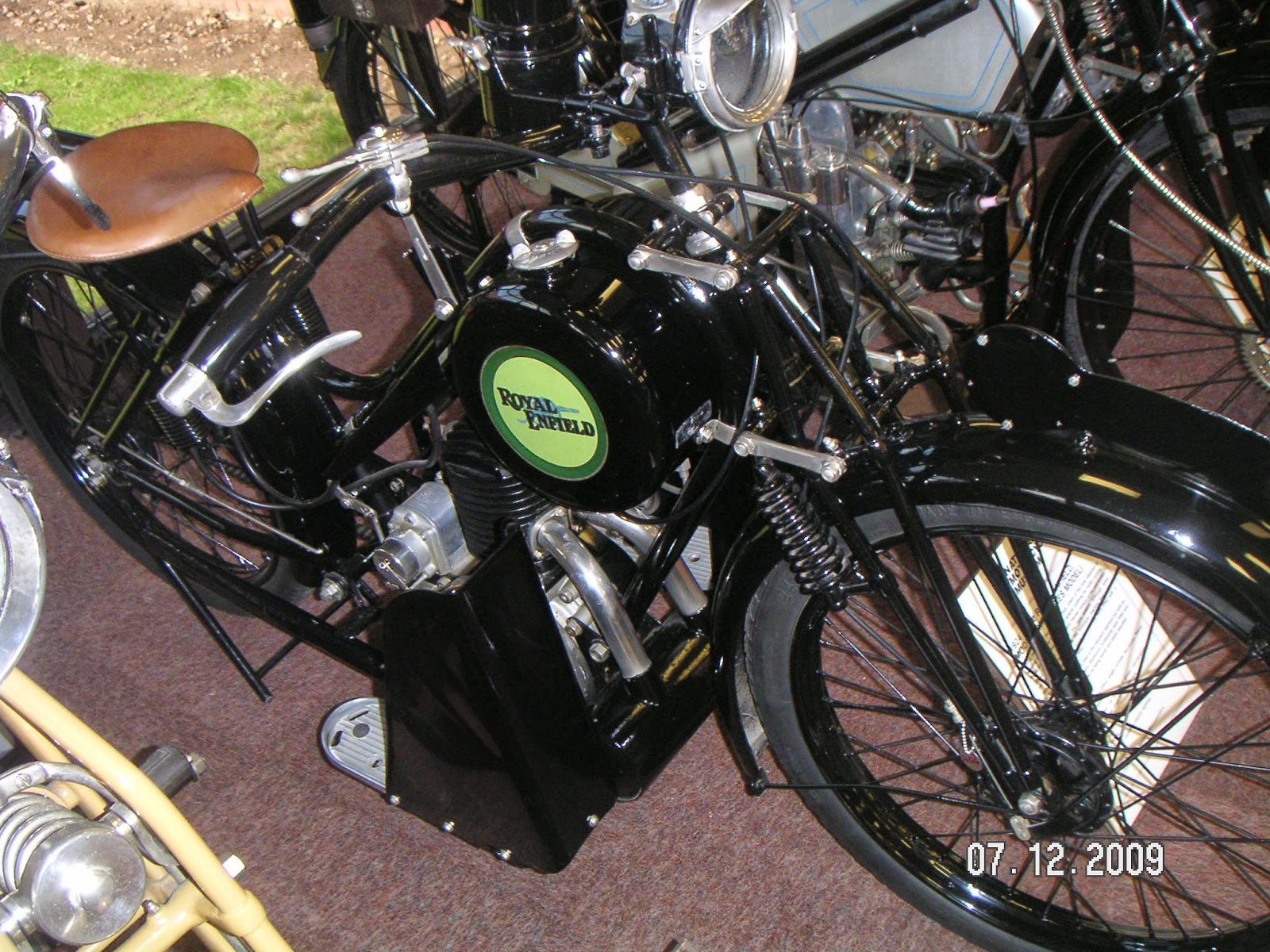 The three cylinder prototype of 1916, 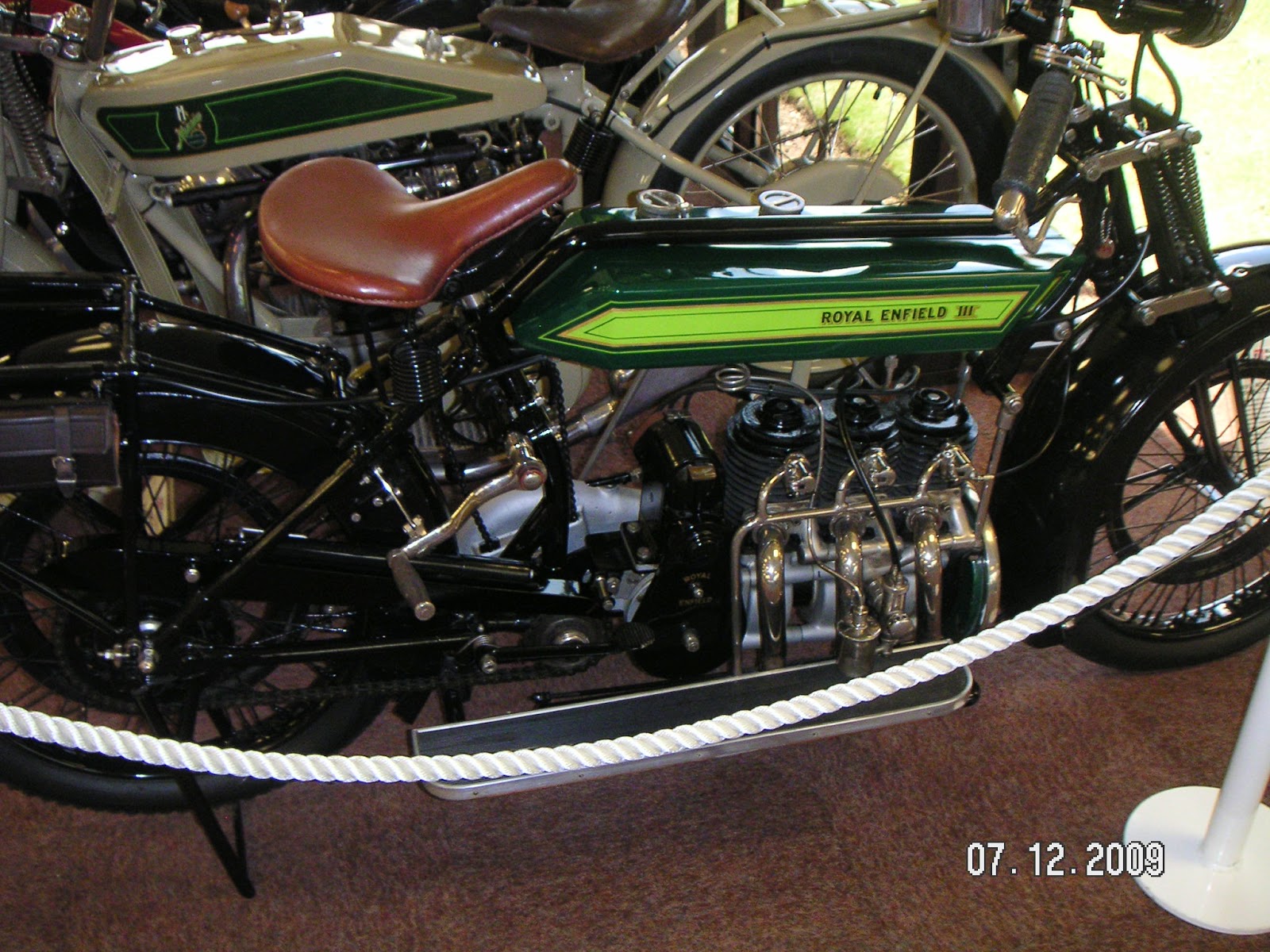 And a closeup of its engine, 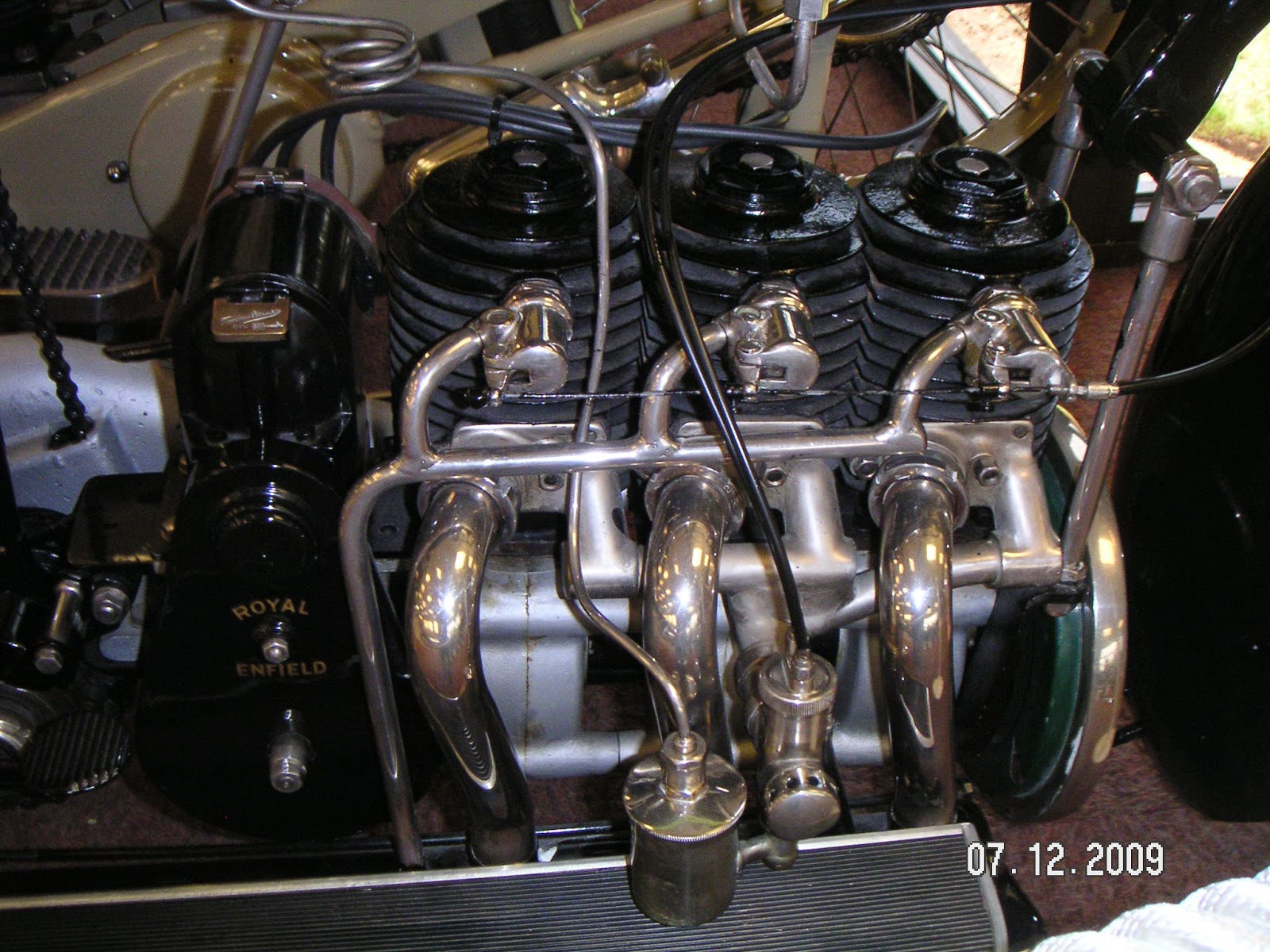 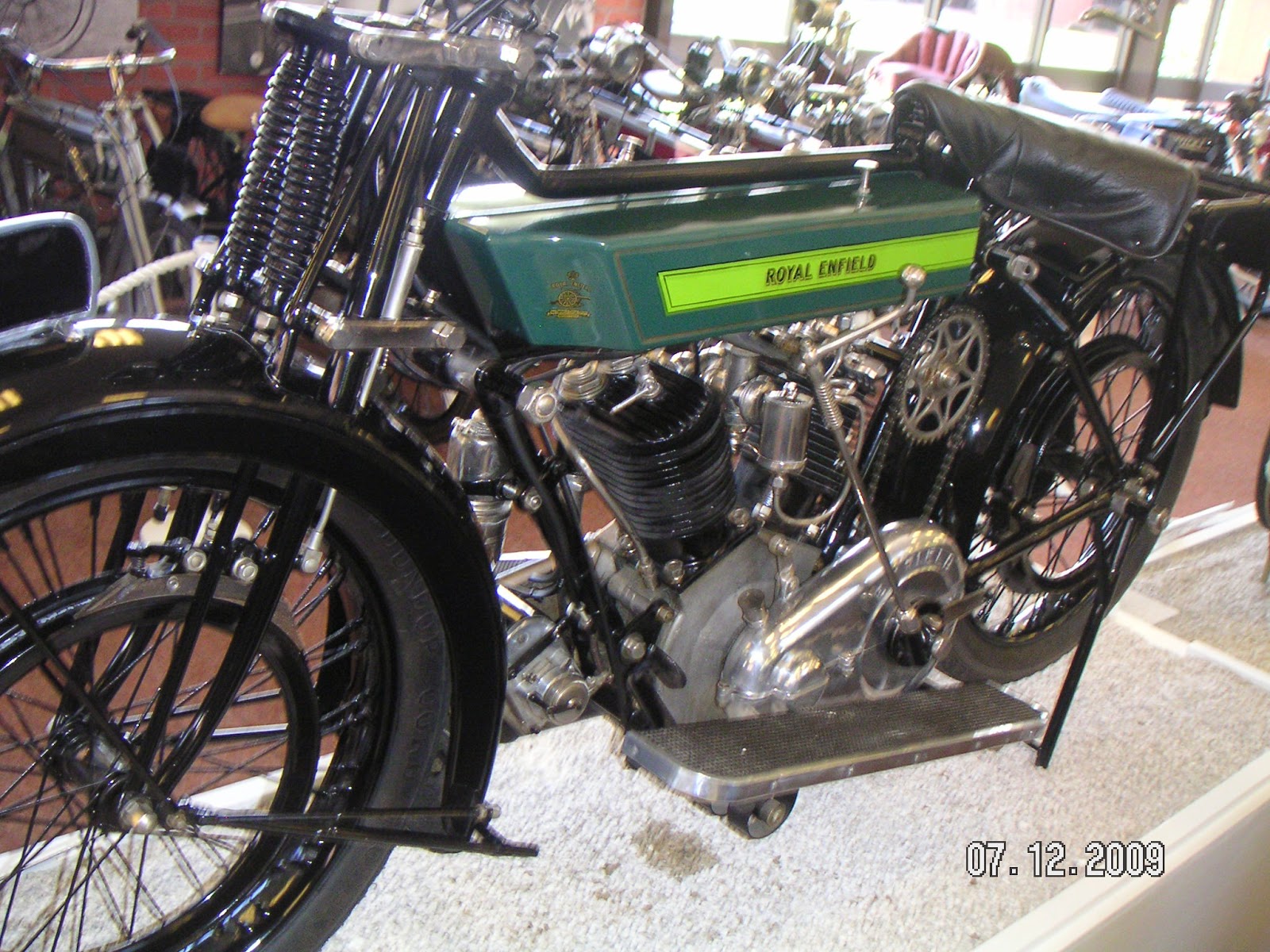 In another sector, an Enfield Indian in NYC Police livery, 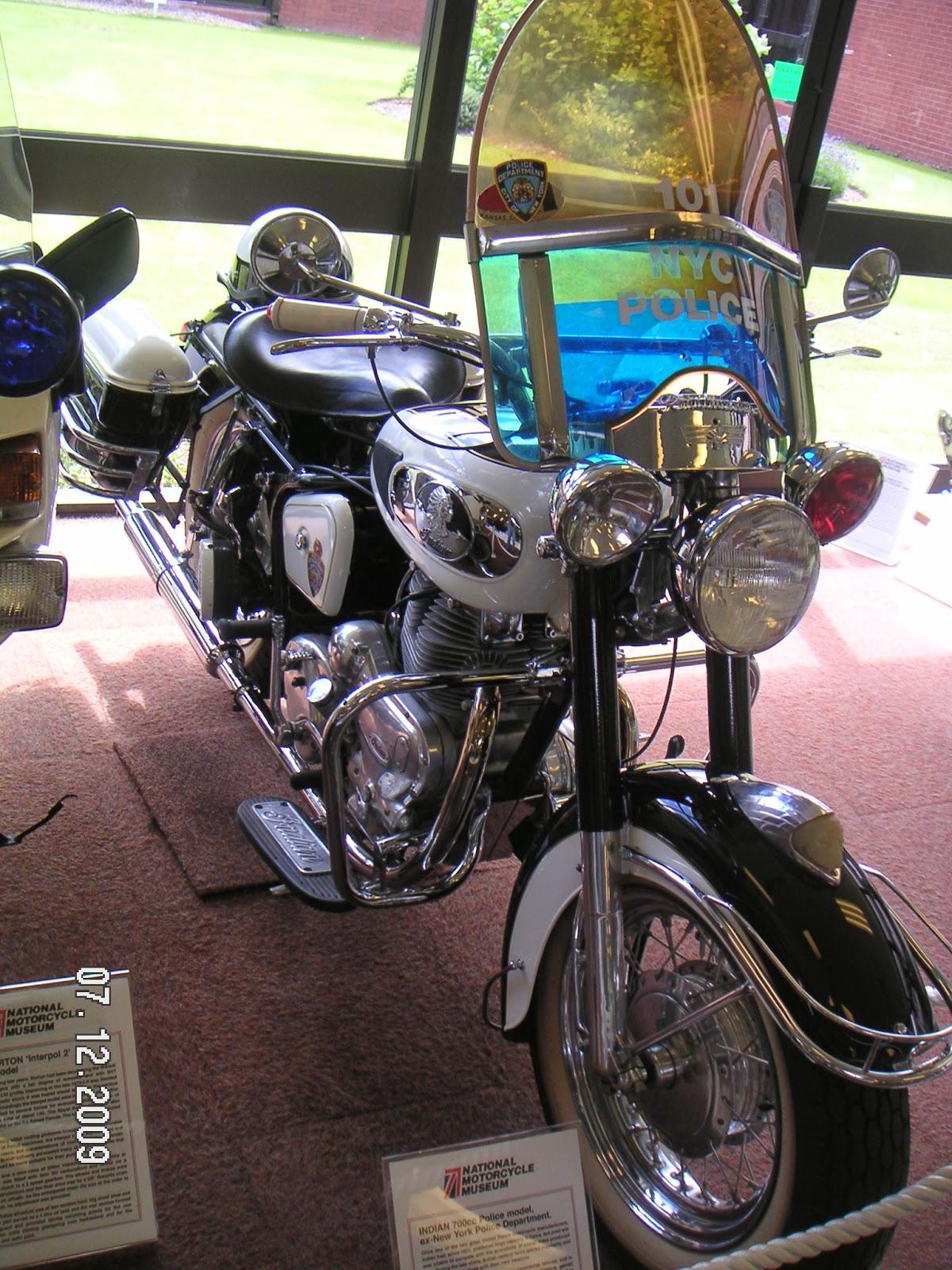 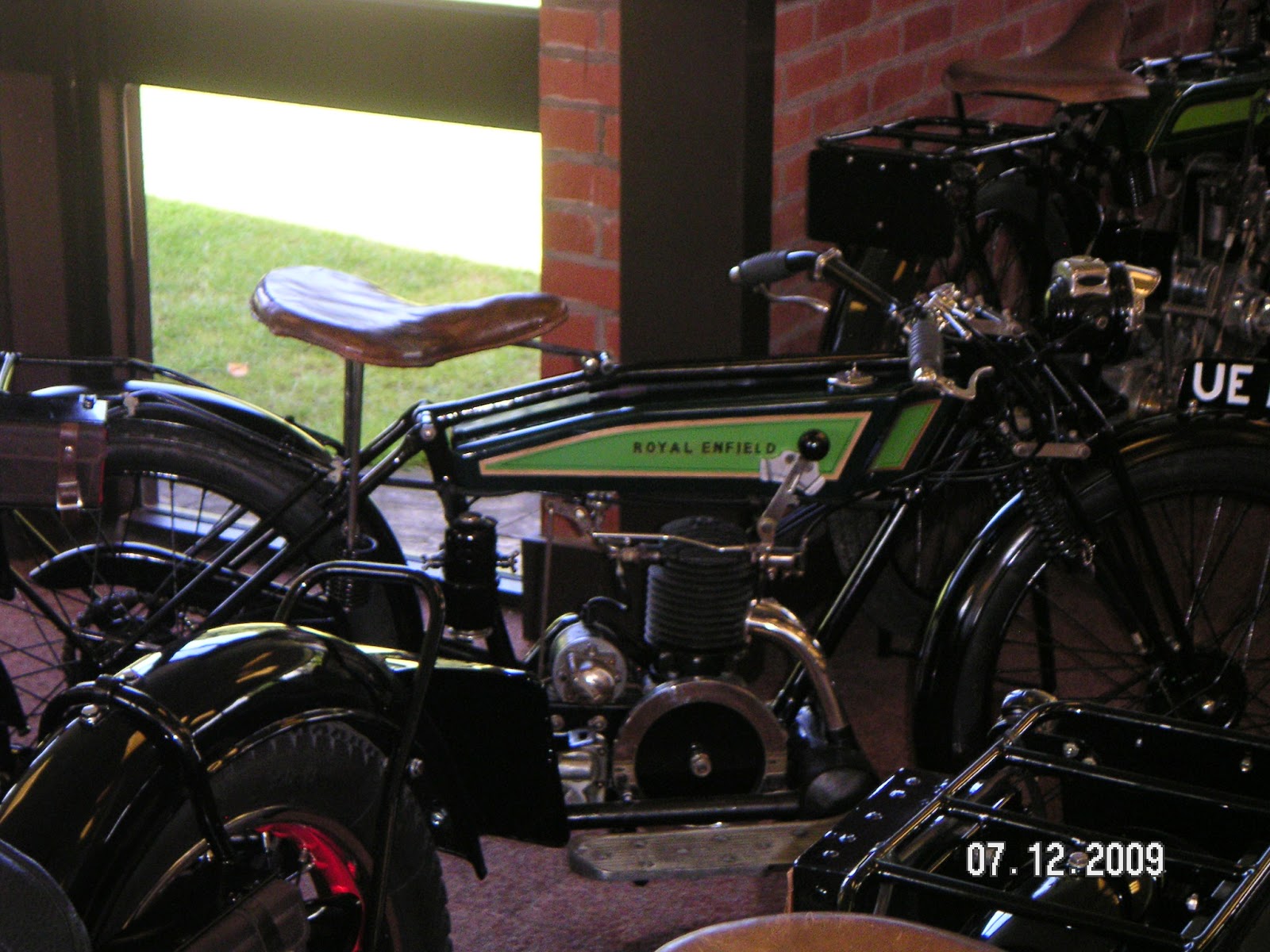 All in all it was a wonderful experience at a great institution. I only wish I could visit it more frequently and that the bikes were more widely separated, it was difficult to get good pictures of them and to admire their features as they were closely packed.