It is perhaps a fitting tribute to the importance of Birmingham in the development of the motorcycle, that the two largest motorcycle museums in the world are located in cities called Birmingham. We have covered the National Motorcycle Museum in Birmingham, UK. In this post we cover the one in Birmingham, Alabama, USA. Taking advantage of the Thanksgiving holiday, I pointed my Plug-In Prius towards the North. That amazing machine averaged 56 miles per gallon, so the 828 mile round trip costed $33.

But I digress, in Birmingham Alabama is the Barber Motorsports Complex, which includes a racetrack and a vintage motorcycle museum. It claims to be the biggest motorcycle collection in the world. The building is impressive, it is five stories tall, 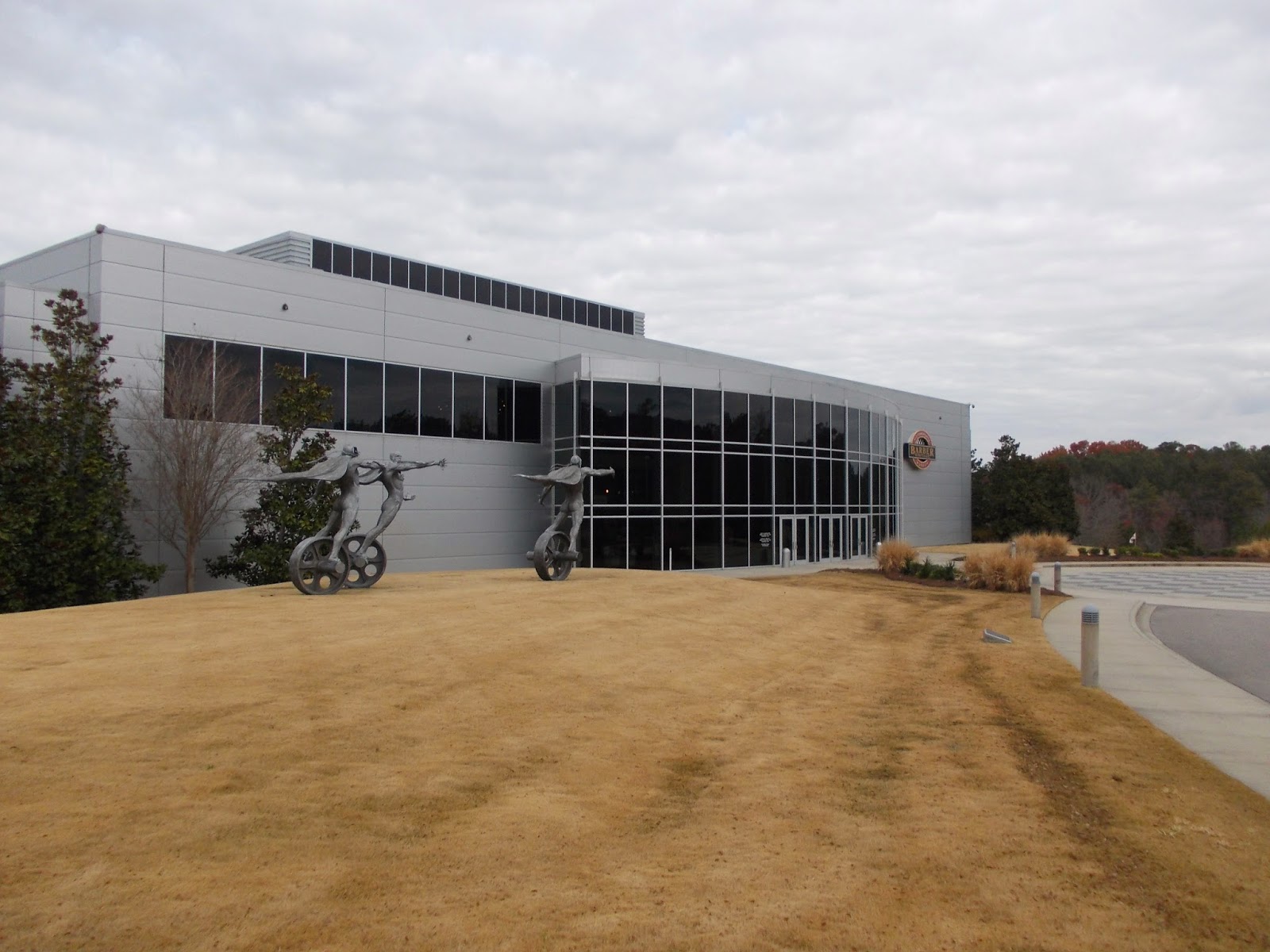 In the center of the building there is a large elevator that operates through a piston that pushes it up, meaning the five story tall piston must be all buried in the Earth when the elevator is in the basement! Decorating the elevator are motorcycles stacked on its sides, (on the right in the next picture): 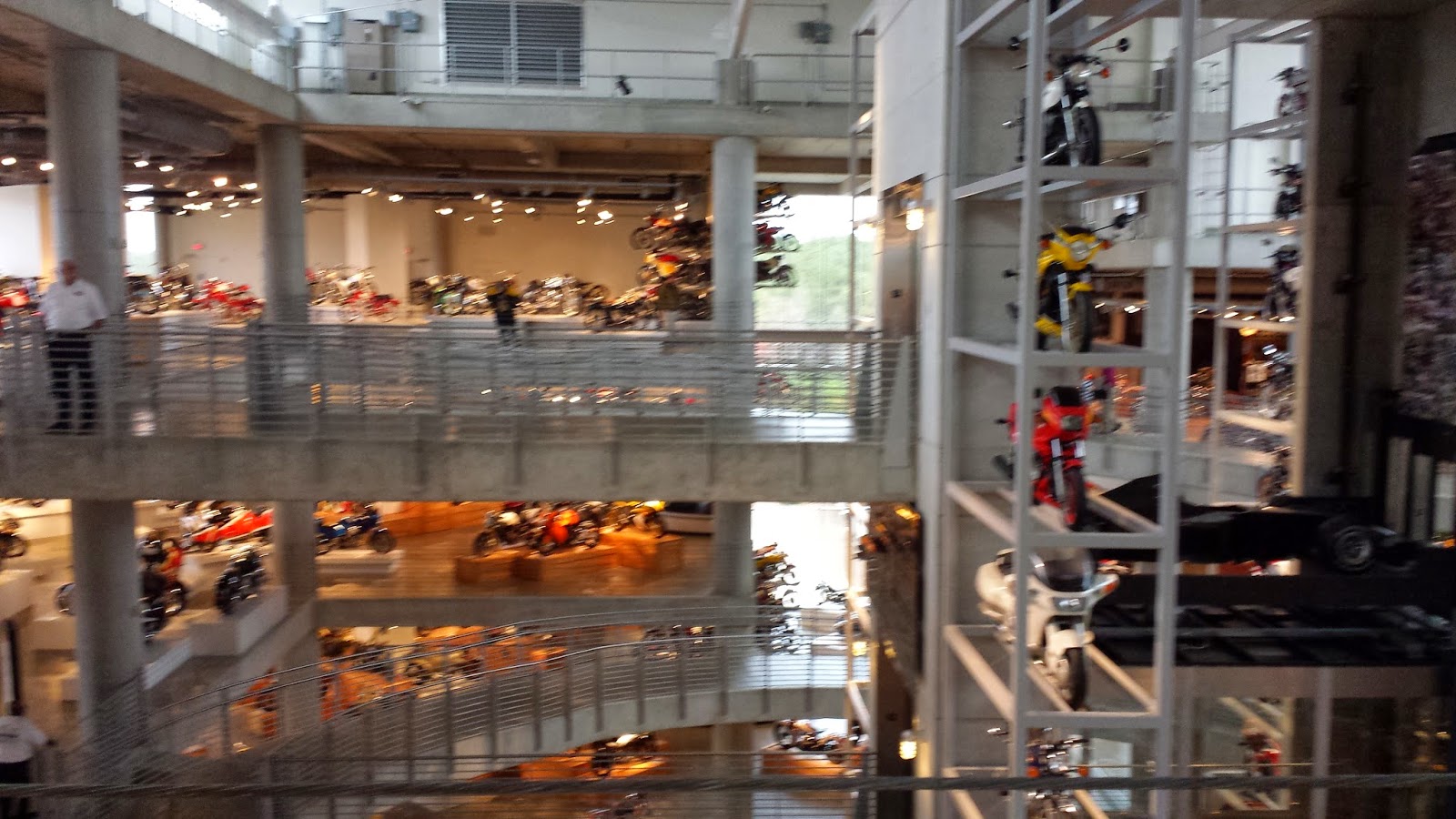 The first Enfield I noted was one of the bikes next to the elevator, it was a Bullet Sixty Five, 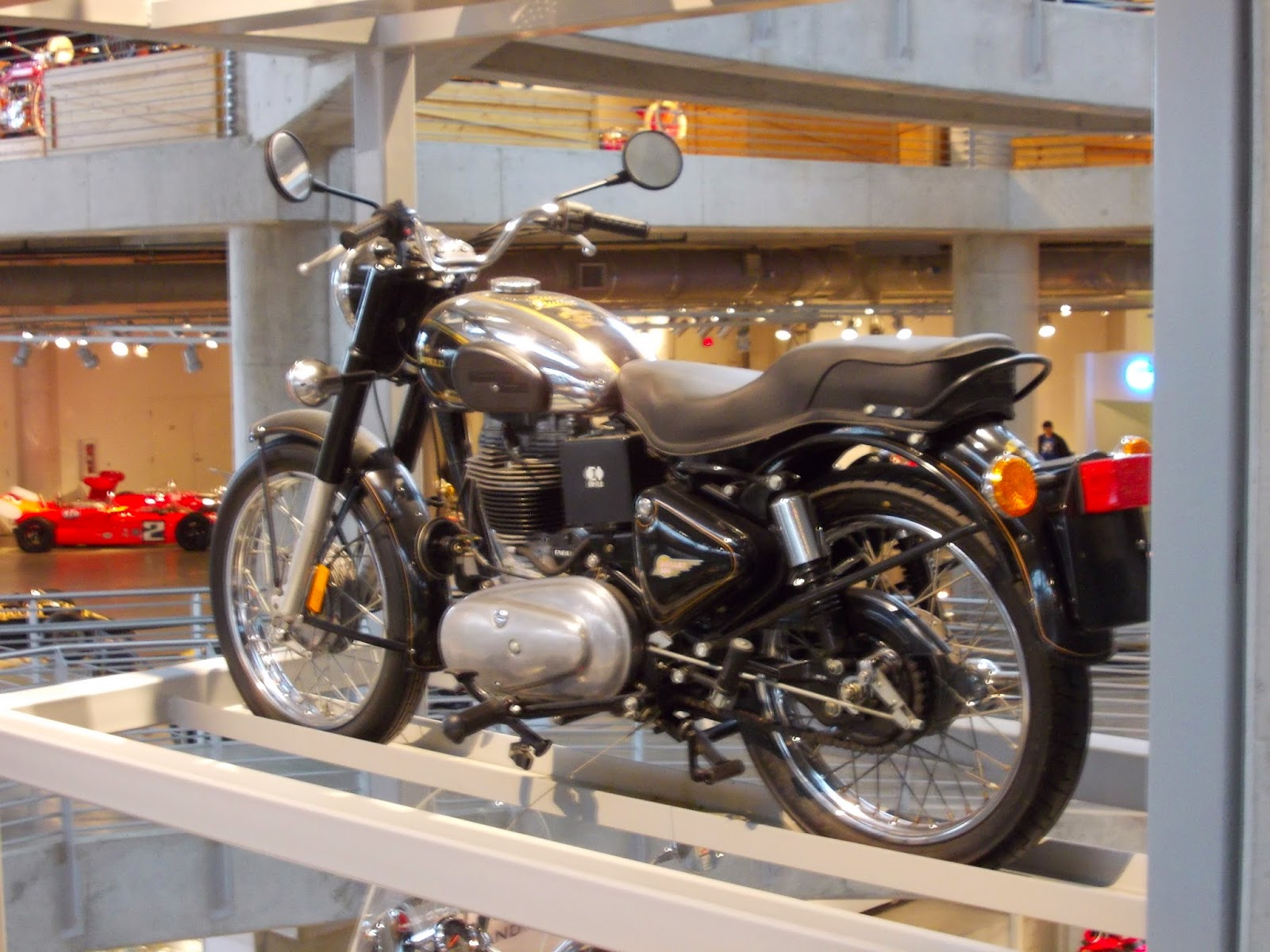 The next one was a 1964 Interceptor in blue, 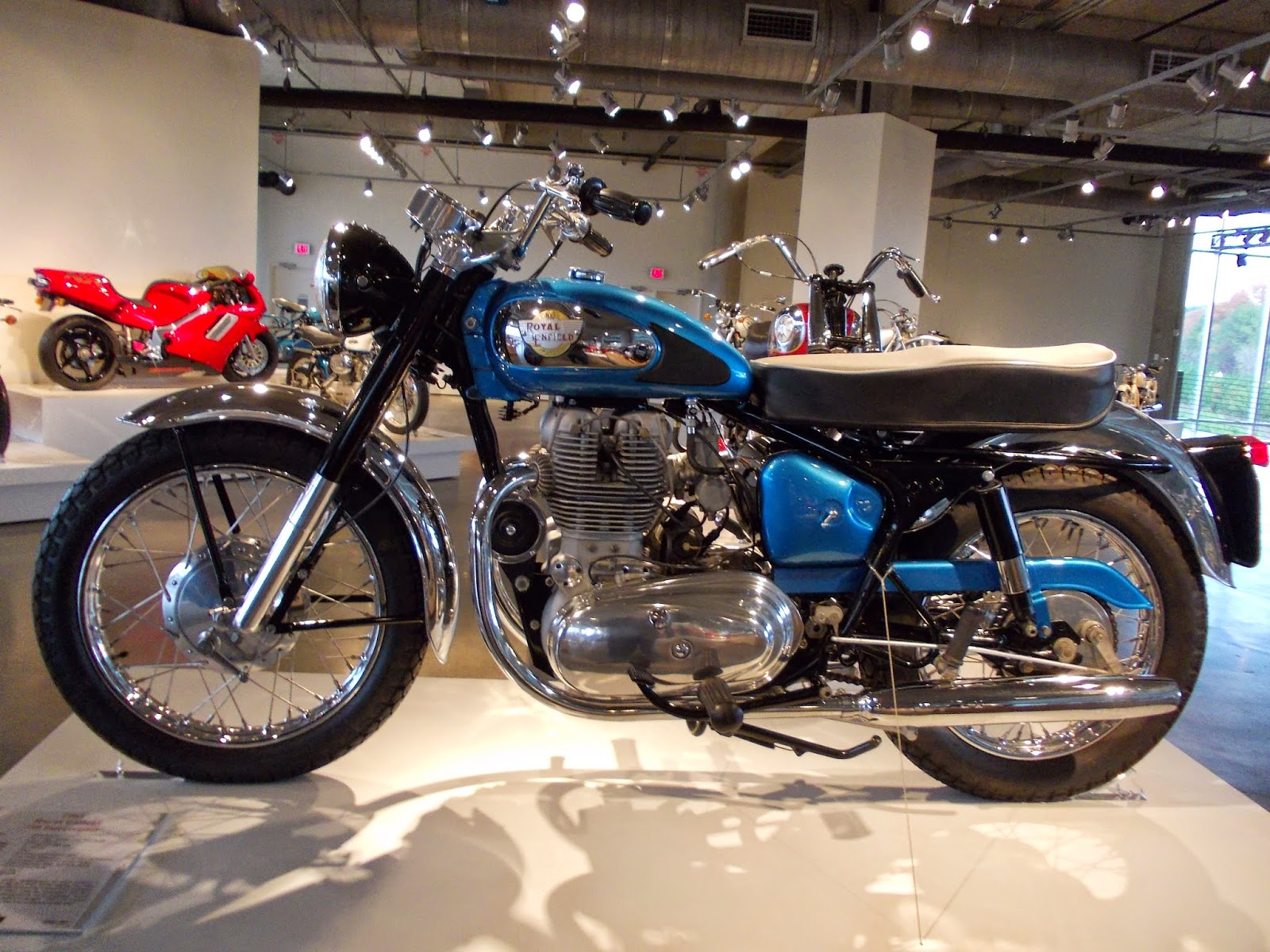 The description of the bike noted that it was built putting together two 350cc singles and that at the time it was the largest displacement bike in the UK and that Royal Enfield, in spite of being a relatively small company was very advanced in its technical designs.

The next one was a Clymer Indian using an Enfield Interceptor engine. I believe this one was featured in the magazine Motorcycle Classics 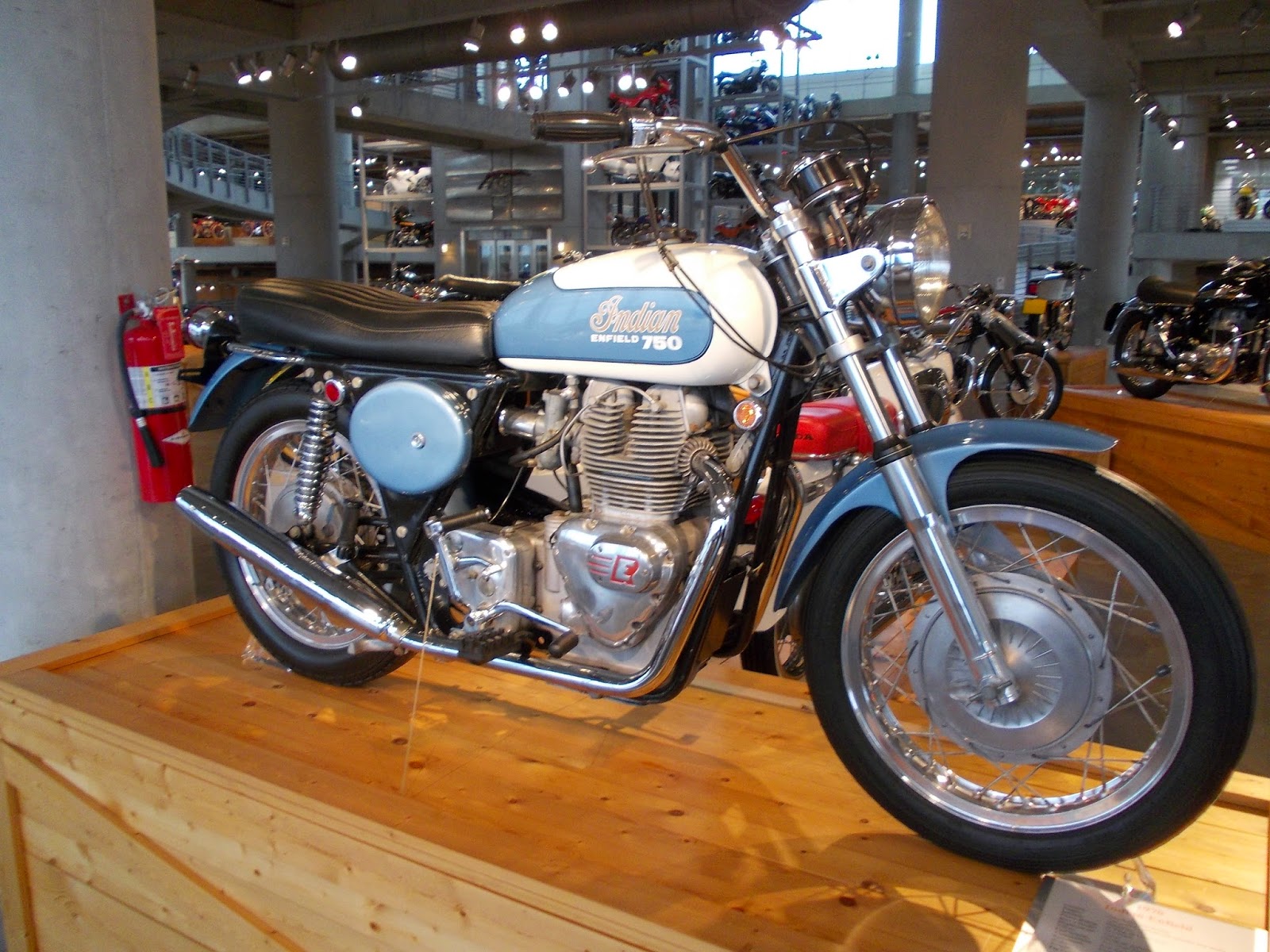 Nearby was a Conti "with every conceivable option added" 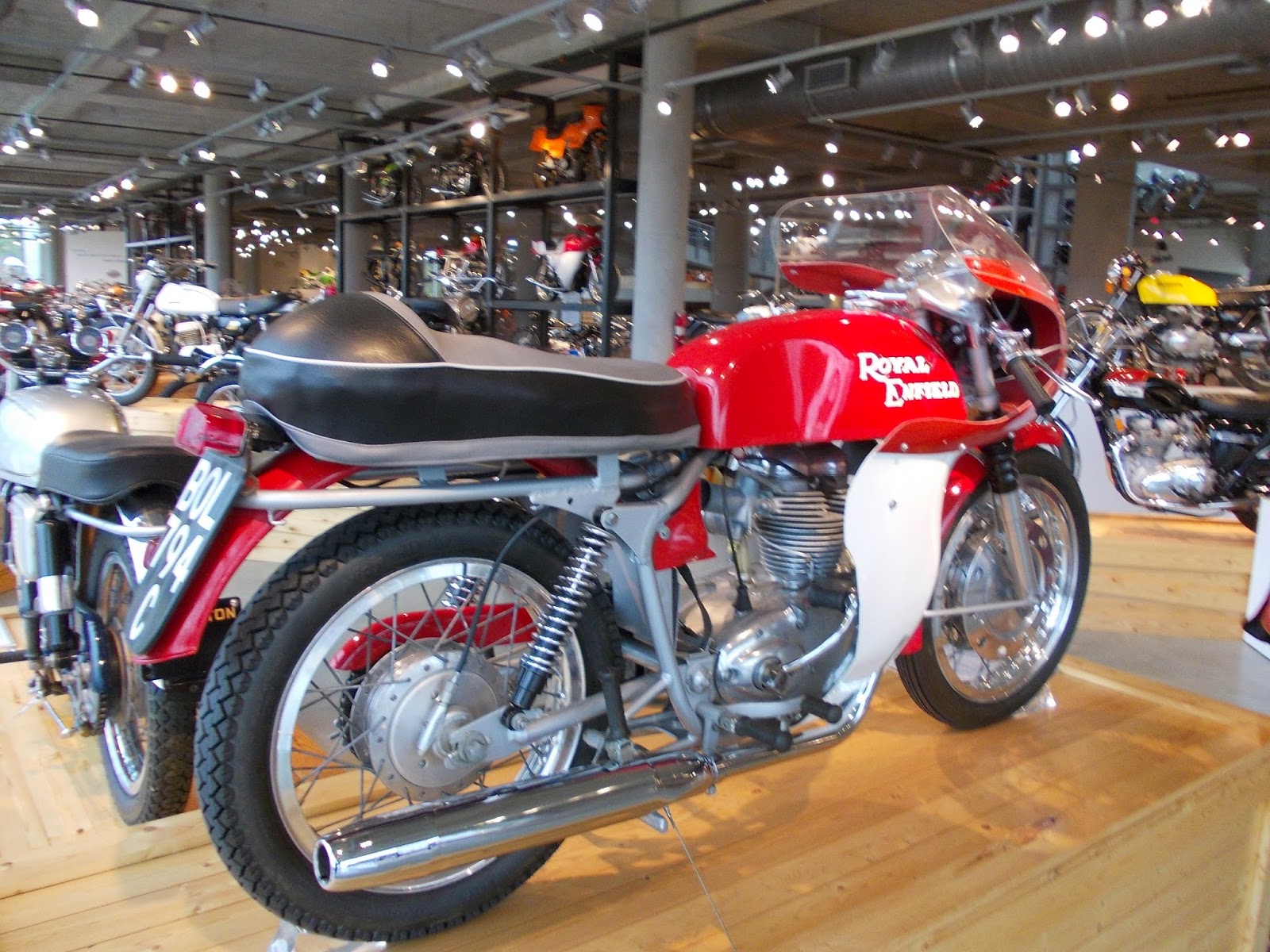 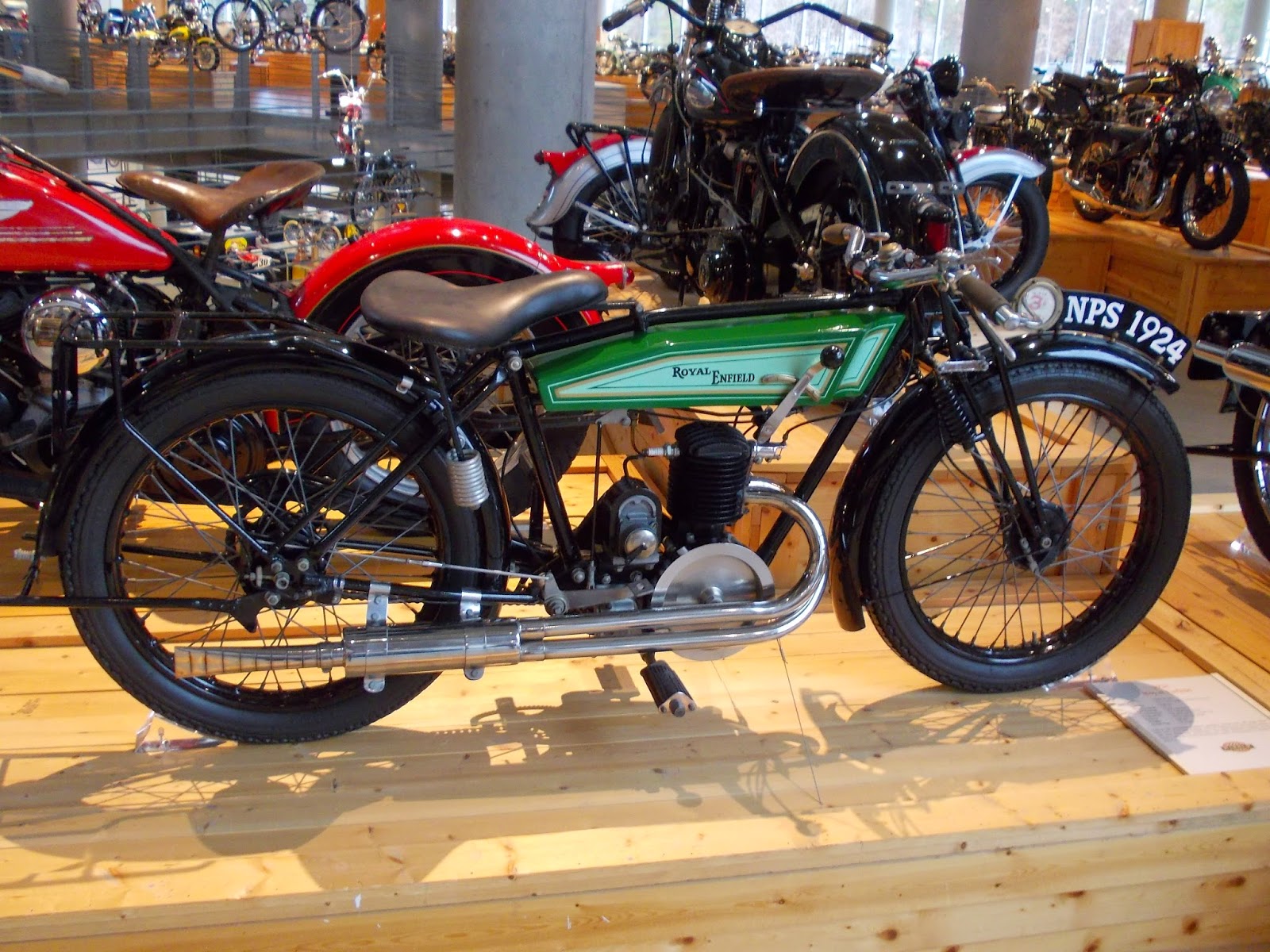 The caption pointed out that with probably 100 miles per gallon, the 250cc two strokes were very popular among commuters at the time.

Finally, there were some columns with motorcycles stacked all around them. On one of  them there was another Conti, without a description. 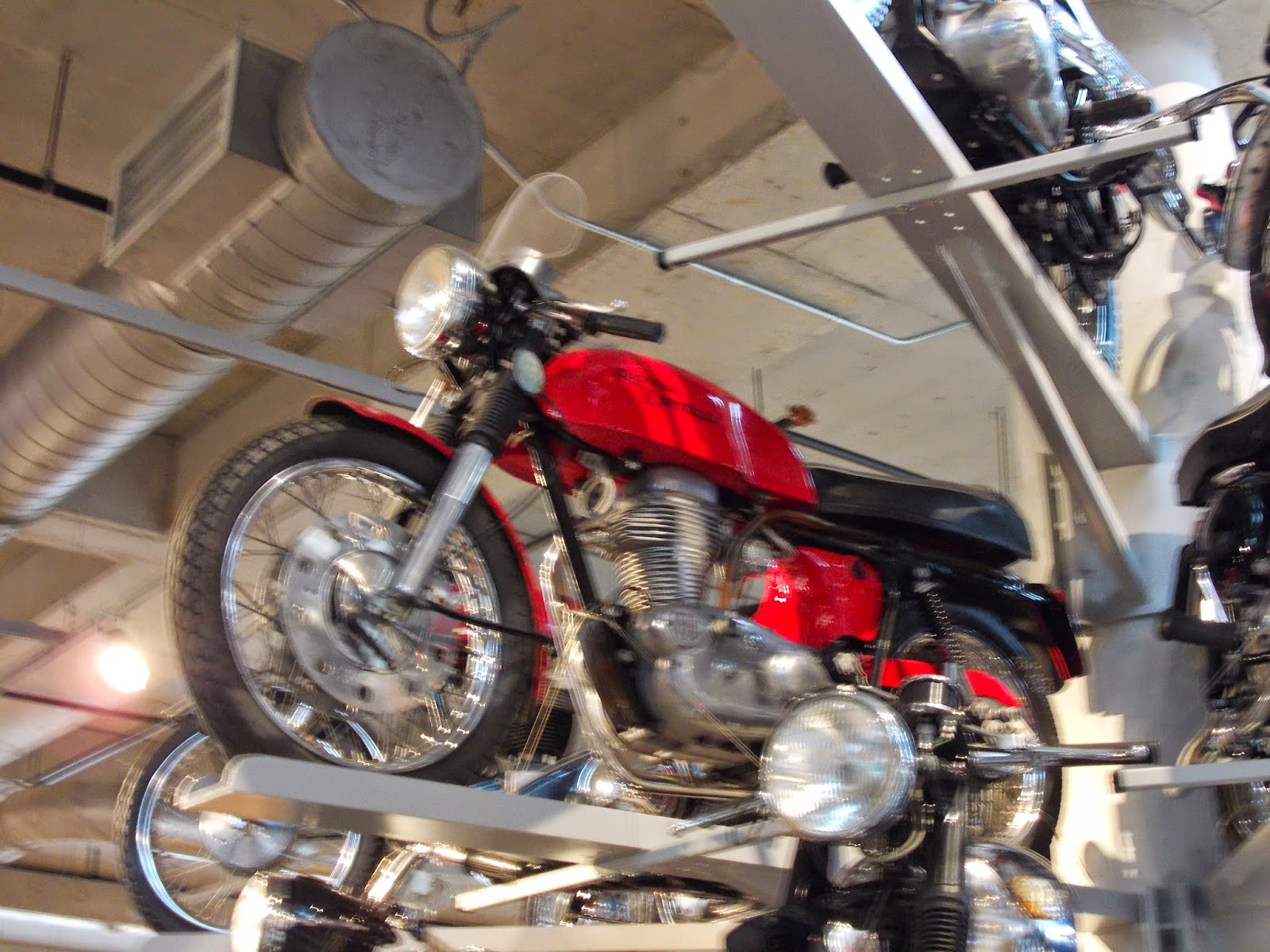 Compared to the museum in the UK, obviously this one had much more emphasis on US bikes and less on UK ones. In particular, we see only a few Enfields and almost none before World War II. Before then Enfields only entered the US market in private transactions there were no bike imports to the US. In addition to the motorcycles there are also some race cars, especially Lotus. I strongly recommend the museum.