We have written about the order of Enfields the Czar had ordered during WWI that made it to Russia shortly after he was deposed. In the same article we noted that reader Pasi in Nokia, Finland, had one to restore. I am happy to inform he's done with it! 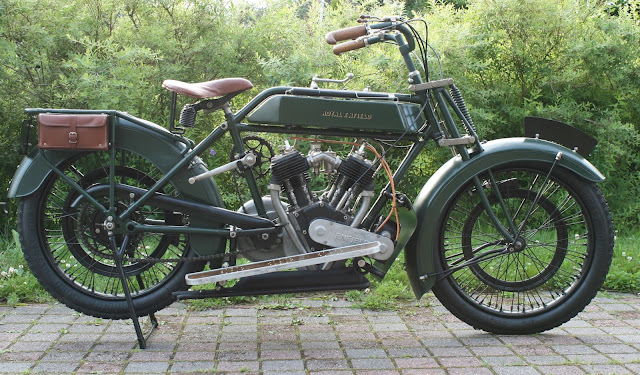 And here's a video of the first start,

Compared to the civilian model of the time, one sees a rock guard protecting the magneto, there is no glass oil tank (probably not a good idea in battle) and the engine looks more compact.
Posted by Jorge Pullin at 3:39 PM