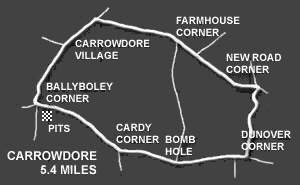 According to this page "The first Carrowdore 100 Road Race was held in 1927 on a 5.5 mile circuit which started on the Greyabbey to Millisle Road and continued down the coast road. However, after a crash at Newtownards in the Tourist Trophy Car Race the County Down Council banned all racing through built up areas and for the next two years the Carrowdore 100 was held over a circuit in the Comber/Killinchy area.

The following photos are from the 1931 edition, 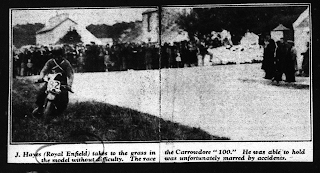 The road looks a bit different today, with a lot of grass on the other side and none on this one, 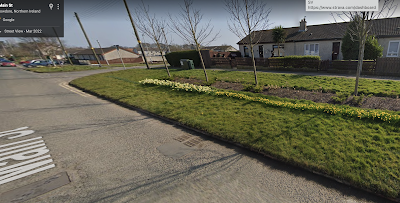 PS: It appears the original article has a typo, referring to the race as Carrowdale on a couple of occasions. I kept the original. h/t David Blasco of Royalenfields.com