On the buses was a British sitcom and a spinoff movie of the early 1970's. Motorcycles were featured on it, but according to IMCDB they were an NSU and a BSA. Due to those strange oddities of the Internet, pictures of the cast members have been photoshopped onto a picture of youngsters on motorcycles, including a Royal Enfield, and turned into a fake vinyl record cover. 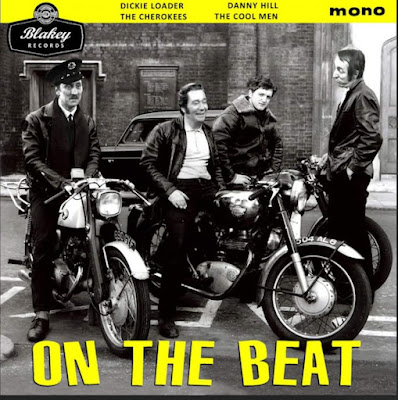 Dickie Loader was a rather obscure South African teen rock and roll sensation. The others listed are even more obscure. It is unclear what type of satire or effect was sought after. This is the original picture, 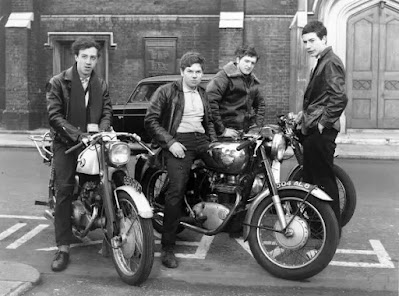 you can buy a copy here.