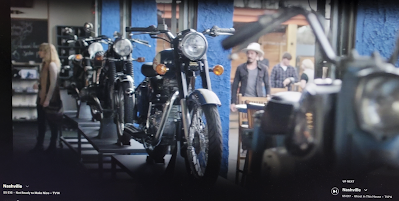 Nashville is a 2012 TV series created by Callie Khouri, of Thelma & Louise and Mad Money fame. It centers on the country music industry at Nashville, TN, and its conflicts. In episode 16 of the fifth series, one of the protagonists meets a music producer in what appears to be Barista Parlor, a bar whose main location is in a former auto repair shop and is decorated with Royal Enfield motorcycles. I could not find a picture showing what the TV series does, so maybe it was a temporary exhibit. Although this blog has one with other Royal Enfields in the place, 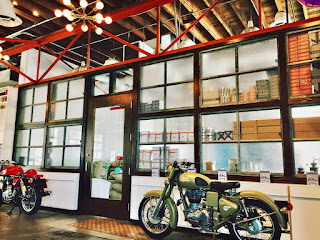