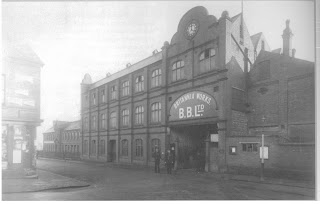 was taken over by BSA. Eadie resigned from the board and joined BSA's main board and within two years had become managing director of the concern.

In July, production problems with the cars had finally appeared to be overcome and a night shift was put into place to satisfy production. But then came the dramatic announcement that the company had lost 19,264 pounds. Apparently the costs of production of the 30hp cars were much larger than anticipated. Two days before Christmas the major shareholders met with the directors. Eadie offered to put 8,000 pounds into the company if the shareholders would contribute the rest of the working capital needed. Instead they voted for voluntary liquidation of the company, a process that will stretch significantly into 1908.

One can gauge the mood of the company by comparing the ads for the Stanley Show of 1907 with those of the previous year. Still on the front page of the Daily Mail, but a smaller ad, 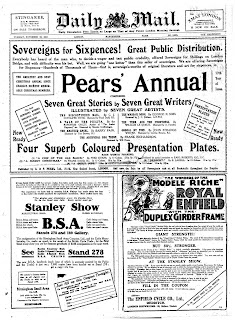 (Sources: "Royal Enfield, the history of the company" by Anne Bradford and "The story Royal Enfield motorcycles" by Peter Hartley).