There seems to be little change or development in 1920. 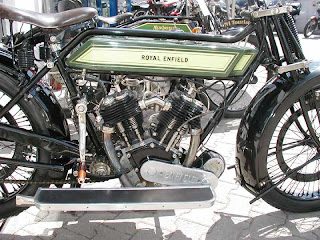 There are small changes. The bikes appear more muscular and less like a bicycle with an engine attached to them, 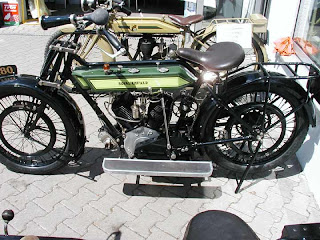 There appear to be only five 1920 V-Twins in existence today, perhaps indicating that sales were still sluggish due to the post war economy. The single two stroke was still in production, 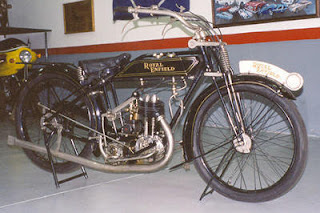 and the ad for the Olympia Motor Show in early December lists essentially the same models, but with some changes we will discuss in the exhibit of 1921, 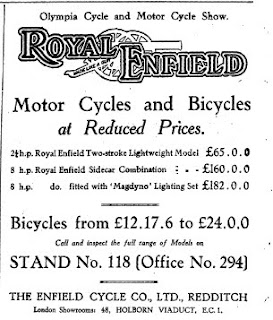 The little 225cc achieved a number of racing successes: a gold medal in the ACU Six Days' Trials, five first places in the Worcester Motorcycle Club Hill Climb and a win in a 100 mile rough track during Rand Motorcyclce Club's Open Lightweight Trials in South Africa.

(Source: "The History of Royal Enfield Motorcycles" by Peter Hartley)