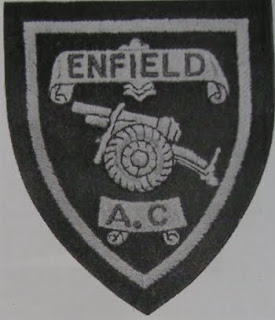 Given that today is the World Cup's final, we could not possibly subtract ourselves entirely from the generated furore, so it seemed appropriate to write a bit about the Royal Enfield Factory Football team. Or more precisely, teams, since the factory had two of them. Except that there is little information about them. The "First" team played in the Birmingham Alliance league, which still exists today. The "second" team played in the Redditch and District league, which now appears to be defunct. Some teams of that league, like Feckenham F.C., still exist today, playing in the Midland Combination. It is unclear during what years the Royal Enfield Factory Football team competed in the league. In the 1950's it won the Redditch Cot Cup, the BSA Hospital Cup and went atop the Birmingham League in several years. 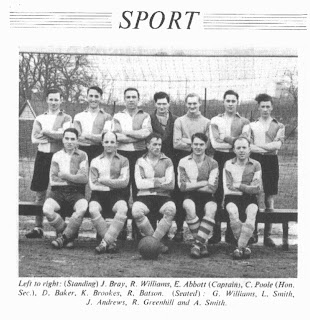 In addition to the two teams described above, the factory also had a "Junior" team formed by the under-18 workers (it should be remembered that Enfield ran a very successful apprentice program where they took kids out of elementary school into the factory). In 1952 the Junior team won the league title. 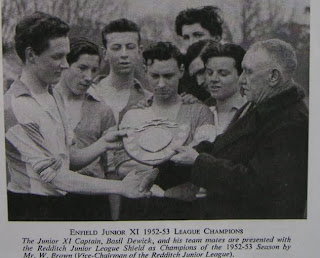