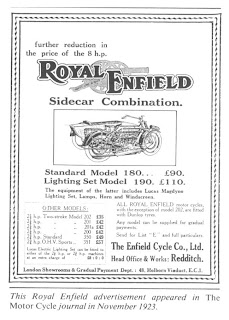 This is a year of developments for Royal Enfield. Legendary designer Ted Pardoe joins the company. He will go on to design many new motorcycles including the Bullet that survives till today in 1948. Several new machines are introduced. After more than a decade of V-Twins and almost a decade of two strokes, it is clear that a more powerful modern engine is needed. It is decided to use the best powerplant available, a JAP 350cc engine. Just as a caution, the previously available models are kept in the lineup. The result is a total of eight models are introduced in the Olympia motorcycle show. Four versions of the 2.25hp two stroke (models 200, 201a -a ladies model-, 201, 202) were available. 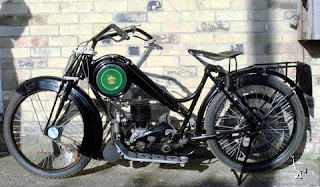 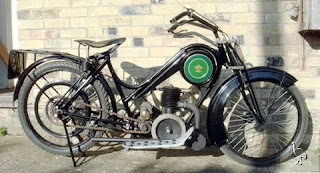 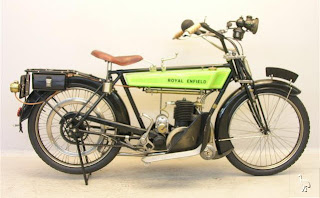 Two new JAP engined 350s were introduced, one sidevalve (model 350) and a sports OHV (model 351). It can be said that from this moment on a 350 will be in the Royal Enfield lineup all the way to today! 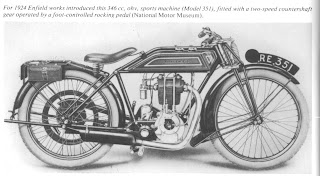 Finally, two versions of the Woolseley-engined sidecar, with (model 110) and without (model 180) electrical equipment. All machines were fitted with foot gearchange.

(Source: The Story of Royal Enfield Motorcycles by Peter Hartley)