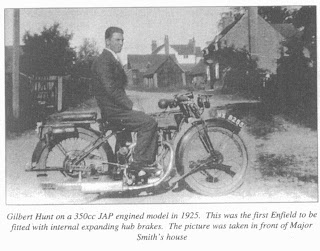 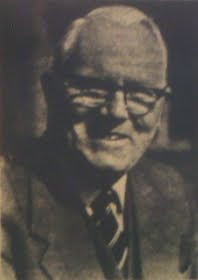 Another legendary Enfield figure, Tony Wilson-Jones, arrives in the company. He will be with it till the end in 1970. He was responsible for setting up the company's apprentice training scheme. Each year forty youngsters aged 14 years of age, fresh out of school, were recruited and trained. This was a great way of ensuring skilled labor and would play a crucial role in the company's development. Wilson-Jones had studied engineering n the City and Guilds College in London and apprenticed in Daimler in Coventry and with Jack Sangster in BSA in Birmingham. He became head of development in Enfield and one of his first tasks was to look after the Isle of Man TT machines.

Four riders appeared on the junior TT race on June 15th with twin-port OHV, JAP engined models. They were the South African Charlie Young, George Reynard and two Irishmen, Stanley Woods and Gordon Burney. They did not do too well, the best positioned was Young at 17th. On the right, from top to bottom, Reynard, Young and Woods.

A trade delivery outfit took part in the ACU Six Days Trial for Commercial Sidecars, completing the arduous course without losing points and receiving a special certificate of merit.

In November disaster was close to striking. On the early hours of the 26th, a fire broke out in a sawmill and timber yard adjoining the works. The amateur but brave Enfield fire brigade was able to keep the fire under control until the Redditch town brigade arrived and the works survived unscathed. 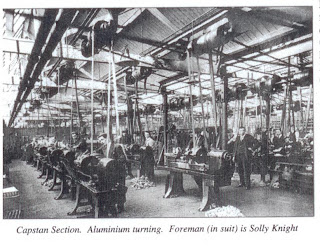 There were other sporting successes in the year. In the junior race of the Ulster grand prix, Gordon Burney on a 344 Royal Enfield won the race at an average speed of 65.60 mph in a thrilling race. Fred Bicknell was awarded the Presidents' trials cup and a gold medal in the Redditch motorcycle club half day sporting trial in October 24th. A week later J. E. Kettle on a similar machine won the Walker Cup in Dublin. In the Colmore Cup Trial Bicknell gained a gold medal and J. Element and E. H. Clifton on an 8hp Royal Enfield sidecar got the silver medal. In the Victory cup both Bicknell and Element got gold medals.