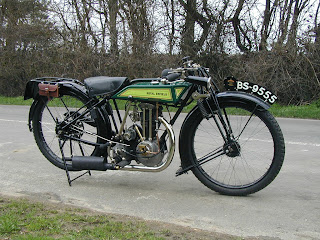 At the Olympia Show in October 1926 the 1927 bike lineup was presented. There were three 225cc two-strokes with two speed gear and internally expanding brakes. There was a standard, sports and ladies model. There were also the two 326cc four strokes now with Enfield powerplants, one a sidevalve with w Sturmey-Archer gearbox and the OHV that had been prototyped at the Scottish Six Days Trials in 1926, with totally enclosed pushrods and rocker gear. Improved brakes and exhaust were included. Touring and sports sidecars for the 350's were presented. The 976cc sidevalve had been modified with larger heads, aluminum valves and larger exhausts and 8 in brakes front and rear were standard. A new entry in the lineup was a 488cc sidevalve with four speed Enfield made gearbox. 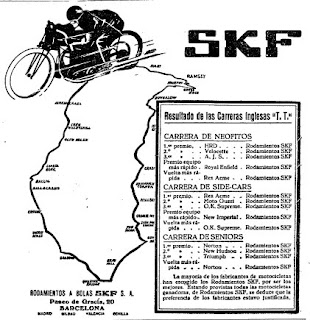 Tony Wilson-Jones efforts towards the Isle of Man TT were starting to pay off. Enfield riders achieved the best results to date since the war. In the junior race, all on 344cc models, George Reynard was third, Gordon Burney sixth, Cecil Barrow seventh and T. Stewart eighteenth. This meant Royal Enfield won the Manufacturers Team Prize. In the lightweight event the same riders went on 246cc machines. Reynard did not finish. Barrow ended seventh, Burney tenth and Stewart fourteenth.
At the Redditch Autumn Trial Tony Wilson-Jones himself was able to complete the tough course on the OHV 350. Half the competitors dropped out.

In November the new depot in Hatton Wall in London was opened, with very spacious quarters for stocking over 5,000 Pounds in parts. The showroom continued at the Holborn viaduct where the whole new lineup was on display. 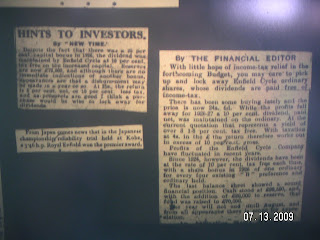 The economic success of the company started to be picked up by the specialized press, who recommended the purchase of shares in the company in the articles shown in the right. The article claims there was a 25 per cent capital bonus in 1926, dividend was maintained at 10 per cent since 1924 and the company had reserves for 70,000 Pounds. In December 1927 the Works' Trials Team consisting of Fred Bicknell and Miss Betty Lermitte on 346cc machines and L. A. Welch in a 488cc won the Class C Team Prize in the London to Gloucester trial. They each also won a silver cup. In December also, J. M Duncannon won the novices award in the Dublin University Motor Club's Trial. E. Crouch in a sidecar rig finished fourth in the Hurlingham Motor Club Invitation Chase. Finally, Betty Lermitte had the best performance by a female competitor in the Woolwich and District Matchless Cup Trial. She rode so well she was presented with a silver cup. H. L. Gibbs also won a silver cup on that day on a sidecar rig. Finally, in Kobe Japan, a Royal Enfield won the reliability trial. 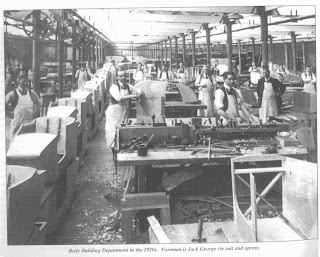