Update: I was able to find a picture of the bike, taken when a journalist visited the museum at the Royal Enfield factory in the 1960's. It is at the bottom. 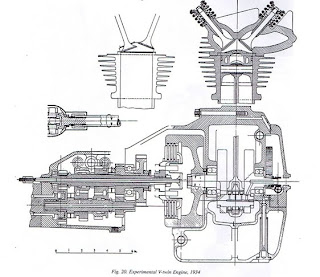 It was abandoned as too expensive. This led to the consideration of a standard V-twin engine with chain timing gear in 1937. This model didn't make it into production either but proved useful in that it silenced widespread criticism of the chain timing gear with its flawless performance. 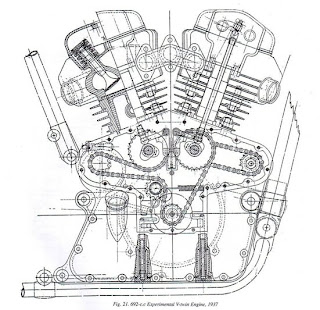 Parts of that timing mechanism, in simplified fashion, were eventually incorporated into the post war parallel-twins. 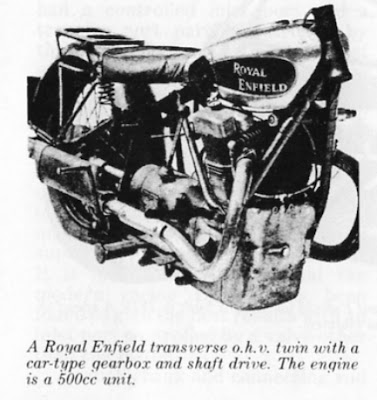 Apparently Ted Pardoe covered quite a few miles in this bike, but it had several problems. The crankshaft was wide to make it sturdy, but that meant it did not flex and they had several fail. There were problems with the gearbox and the magneto. In the end it developed a bad reputation in the factory and the project was shelved.