A prestigious moto-blog like this one could not be absent from the Auto Expo in 2012 in Delhi. Except... that well, I couldn't go! So in lieu of live coverage here are some pictures shamelessly stolen from Royal Enfield's Facebook page. We start with an overview of the booth, 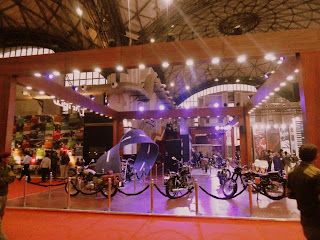 In the front of this view there are three bikes. In the left we have a Desert Storm with nice leather saddlebags, 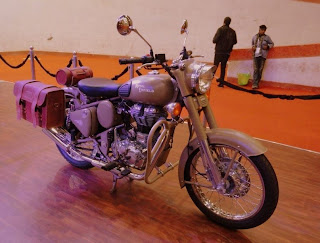 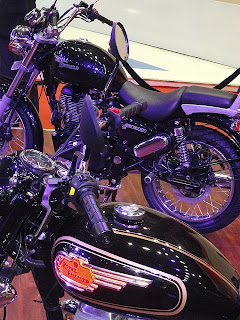 The Thunderbird sports a  cool looking black engine and cruiser stance. The last bike is the regular bullet UCE featured in the front of this picture as well. There was a prototype cafe racer model. With its red tank and white lettering, it was reminiscent of the Continental GT5 of the 1960's, 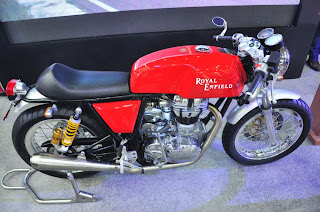 I normally don't care for prototypes since they rarely see the light of day, but this one looks eminently doable. Look at those Ohlins shocks! Compare it to the original: 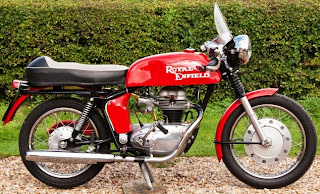 There apparently was also a big screen, 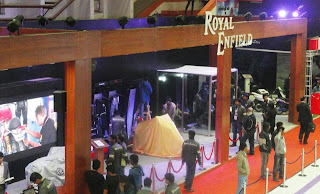 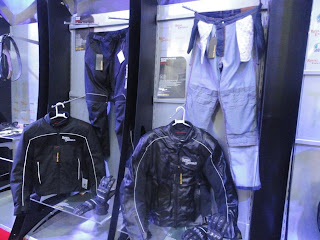 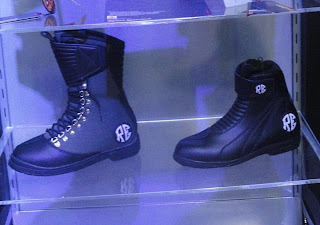 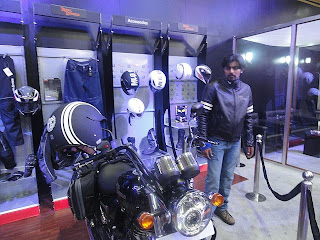 The folks at Royal Enfield USA are probably thinking of all the stuff they are going to sell to me in the next few months! It is great that Royal Enfield is expanding into all these areas. There is a huge potential market.
We close of a picture of  "The never ending trip" 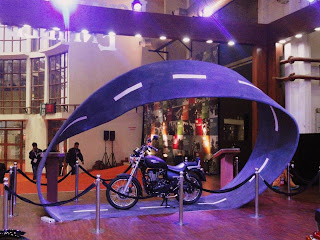